Raiders of the Anthill: Sloth Bears of Kumbhalgarh 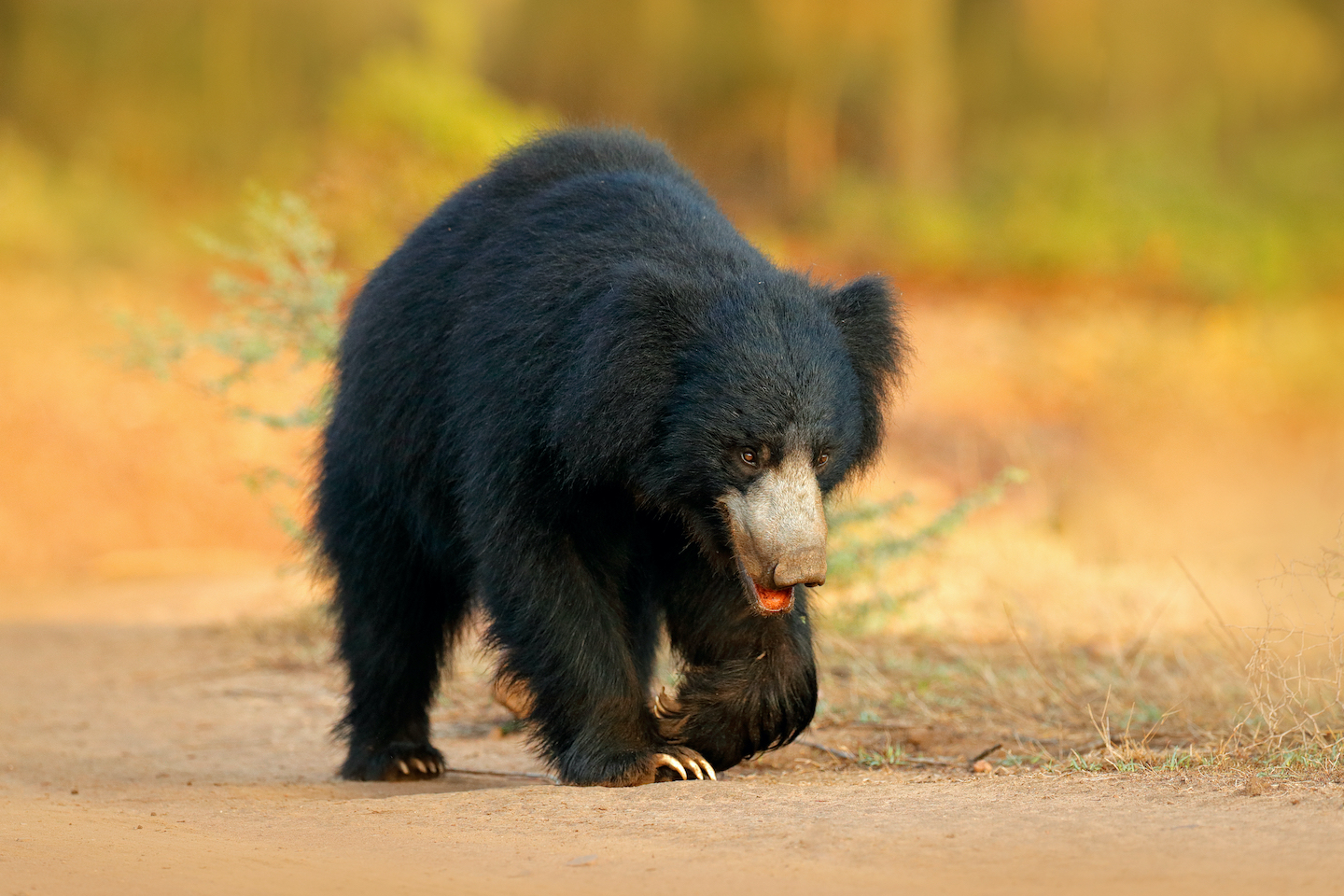 As a child who grew up watching The Jungle Book television series in the 90s, I always found it difficult to pick a favourite animal character. Mowgli’s two best friends were both beloved: Bagheera, the cautious yet courageous black panther, and Baloo, the clumsy and free-spirited sloth bear with a weakness for honey. Over time, I learnt that I didn’t have to pick a favourite, and I could love them both.

These memories sparked, I was palpably excited at the prospect of sighting my first Baloo or sloth bear (Melursus ursinus) on a trip with other wildlife enthusiasts, to Kumbhalgarh and Todgarh-Raoli wildlife sanctuaries in December 2019. My anticipation grew over the few days of exploring these two sanctuaries in central Rajasthan, as I listened to various tales of encounters with sloth bears, and saw tell-tale signs they had left in the forest.

Panchu- ba, the old caretaker of the Raoli Forest Rest House, narrated his meetings with bears as we sat around a bonfire on our first night in the sanctuary. Gesticulating and swearing wildly, Panchu- ba told us about how a bear had stood on its hind legs to scare him off, when he accidentally chanced upon it many years ago. When threatened, adult bears, who grow up to six feet in length and weigh more than 100 kg, use this strategy and display their formidable foreclaws to intimidate an opponent. 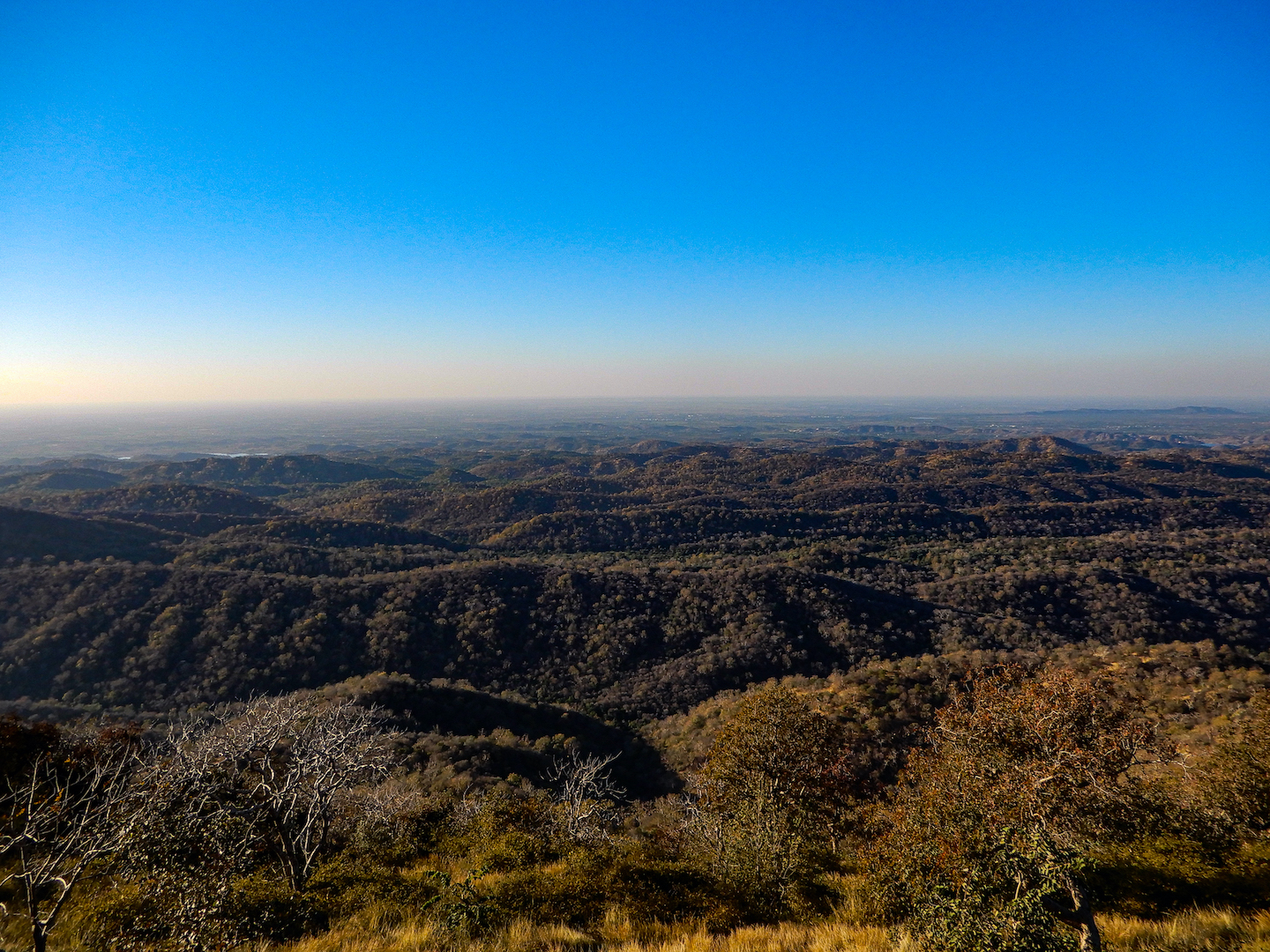 Sloth bears are found across undulating terrain of the Todgarh-Raoli (above) and Kumbhalgarh Wildlife Sanctuaries in Rajasthan. Photo: Anirudh Nair The sloth bear, with its distinctive shaggy black coat, is the most common of the four species of bears found in India. Though its shambling gait gives it the appearance of being slow and clumsy, it can climb trees easily and easily outrun a human. Photo: Ondrej Prosicky/Shutterstock

We paused beside a crushed termite mound along a forest path inside Todgarh-Raoli Wildlife Sanctuary, and wildlife biologist Dr Sumit Dookia explained to us that it was the handiwork of a sloth bear. “These bears are myrmecophagous, which means a large part of their diet comprises ants and termites. Adaptations such as long claws to dig the mounds, and a jaw lacking incisors, help them suck the insects up with ease,” he explained. Further down the path, we saw fresh bear scat, glittering under the morning sun. A closer examination revealed heads of termites and ants in the droppings, confirming what Dr Dookia had said moments earlier.

But it’s not just termites that sloth bears feed on. These omnivorous animals also eat leaves, flowers, fruits, barks, stems, honey, and carcasses of wild and domestic animals. Trees such as the amaltas or Indian laburnum, Madhuca longifolia or mahua, and the fruits of the Indian jujube or ber are among their favourites. It is not uncommon for the bears of Kumbhalgarh to leave the precincts of the sanctuary in search of food.

“An adult male recently got stuck in the wire fencing around a farm when out on one such adventure. We tranquilised it with a dart, treated the injuries on its leg and later released it back into the forest,” says Bhera Ram Bishnoi, a forest guard posted at the Desuri range of Kumbhalgarh Wildlife Sanctuary.

Bears do not understand the boundaries created by humans, and conflict is inevitable when they stray outside the sanctuary. “A man was blinded by a bear a few years ago when he had gone to relieve himself by the roadside. This happened during the mela which takes place at the Parusharam Mahdev Temple located within the sanctuary,” Bishnoi tells us.

Chance encounters with the bears are at their highest during the monsoon when the vegetation turns dense. Abhinav Bharti, a forest guard posted at the Raoli range of the Todgarh-Raoli Wildlife Sanctuary narrated his experience to us: “Four of us were silently patrolling through a valley. I was walking ahead, taking care to not step on any fallen branches. Suddenly, we heard a noise from the nearby bushes and before we knew it, the bear was right in front of us. I think both parties were equally startled. While we stayed rooted to the spot, the bear bolted.”

Females with young tend to be aggressive and may attack if they feel their cubs are under threat. Utkarsh Prajapati, a researcher studying the bears in the two sanctuaries had a close encounter with a mother and cub in early 2019. “I was on my bike with a friend riding pillion near the Rajpura area in the Sadri range of Kumbhalgarh, when we spotted a mother and a cub. Around a year-and-half old and almost as big as its mother, the cub was dilly-dallying a fair distance behind mama bear. The cub was fixated with us and continued to stare curiously at us. The mother went back to coax it to join her, after which the cub endearingly gambolled back towards her,” he said.

Cubs ride on their mother’s back until they are about a third of her size. They become independent around the age of two, by which time they are almost her size. Extremely protective, a female bear will rarely be separated from her cubs. Bishnoi was therefore rather surprised when he received a call one morning from a villager informing him that a 5-6-month-old cub was roaming about alone near a nullah in his range. “We reached the spot in the evening and managed to capture the cub with a net. We decided to release it in a nearby forest enclosure, where villagers had seen a bear with two cubs over the previous days. And sure enough, the mother soon arrived to reclaim her baby,” he said.

The remains of termites and ants glitter under the morning sun in fresh sloth bear scat (left), a dead giveaway of what it had for its last meal. Ants and termites constitute a major part of a sloth bear’s diet and they will demolish an anthill (right) to get to its residents. Photo: Anirudh Nair (left), Hari Mahidhar/Shutterstock

Bears face numerous threats. Heavy vehicles passing through the sanctuaries near Ranakpur and Desuri often mow down wildlife, and bears are susceptible as well. Grazing of livestock within the sanctuaries affects their movement, and illegal tree cutting leads to fragmentation of their habitat. In addition, the bears must compete with humans for food resources such as ber and mahua.

With every bear story I heard, the shadow of a sighting loomed large over me. When locals told us that chances of a sighting were high near the Parashuram Mahadev Temple, we didn’t think twice before heading in that direction, at 7 pm one night. When I heard sudden excitement in our Jeep, I knew it had to be bears. The driver focused the headlights of the jeep towards a pair circling under a large banyan tree. Shaggy and dusty, the mother and cub were rummaging through offerings left behind by temple devotees. The bears didn’t seem to care about the human presence in their midst even as another jeep lined up. I couldn’t come to terms with the ignominy of these wild beings feeding on scraps left behind by humans, under cover of night. These weren’t the free-spirited Baloo bears that I had hoped to see. We decided to just leave them alone, and move on.

The sloth bear’s diet also constitutes leaves, flowers and fruits and they occasionally venture out of the Kumbhalgarh Willdife Sanctuary in search of food. Photo: Utkarsh Prajapati

Further down the road, we spotted another individual, feeding on ber fruits fallen by the roadside. It indulged us watching it for a while before running up a hillock. That’s more like it, I thought to myself, a bear surviving on the “bare necessities of life”.