While most spiders are solitary and cannibalistic, this group of spiders is social, cooperative, and “tolerates” foreigners 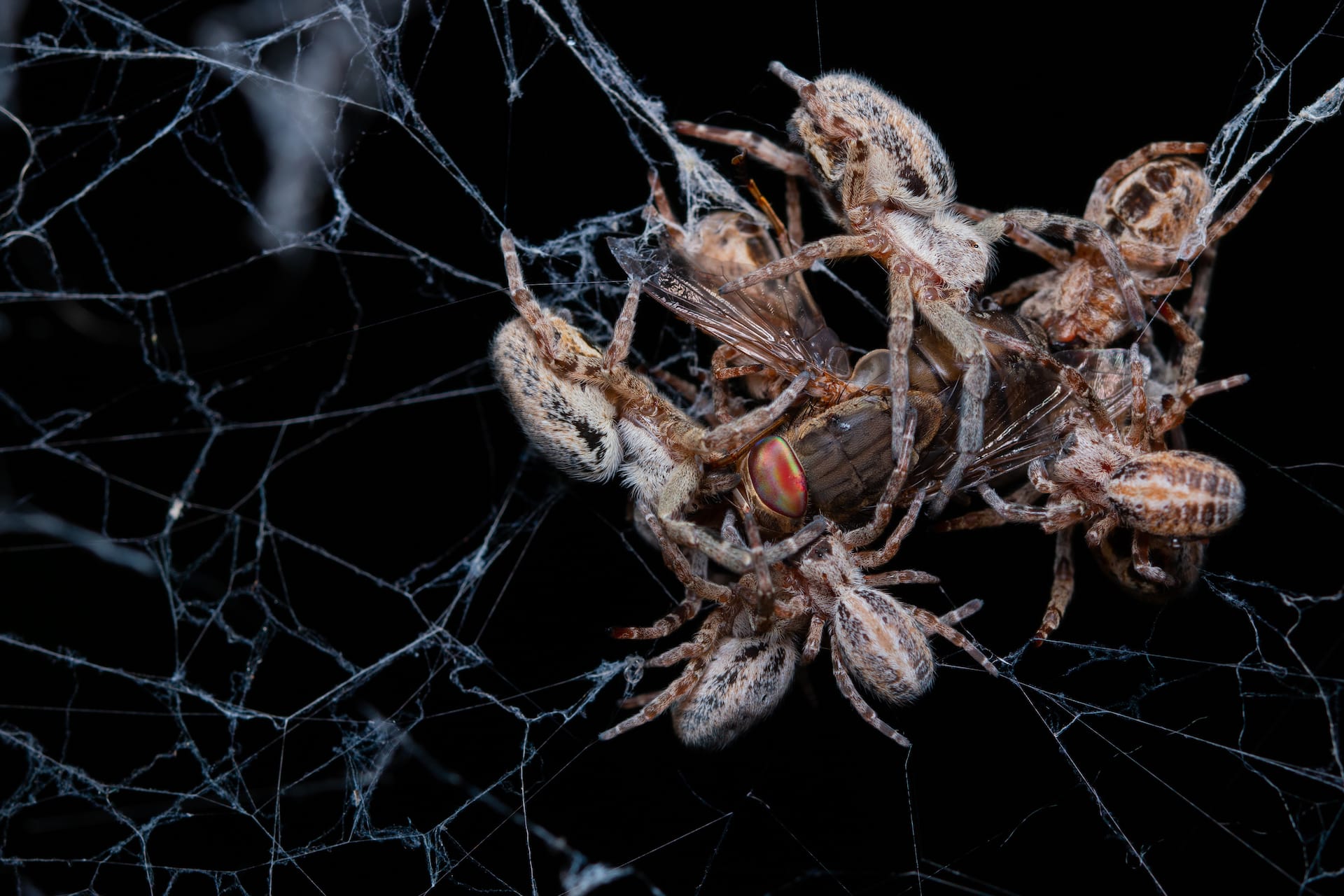 For many people, spiders hold a sense of phobia and mystery — thanks to several movies and Marvel comic books. Most of the things we have heard about spiders depict them as lone hunters or as creatures that are aggressive to their mates. Interestingly, there is a small group of spiders that do not follow the above rules — they are the social spiders. Hundreds of spiders live together, co-operating in various activities such as finding food, raising the young and maintaining their web. With over more than 48,000 described spider species in the world, sociality amongst spiders is considered to be extremely rare. Only about 25 species from 7 different spider families are known to be social.

Similar, yet different — sociality in insects and spiders
Social spider colonies have some similarities with bees or ant colonies. Like social insects, many individuals live together in a nest-like structure and cooperate in different activities. But the similarities end here. Social insects have a highly developed system of task differentiation among individuals through division of labour. The queen bee or queen ant is an egg-laying machine while sterile workers, who are sisters of the queen, perform most of the tasks inside and outside the nest and drones — the males of the colony — mate with the future queen. Social spiders have no caste system. All the adult females can reproduce, and all of them perform all the tasks. There does not seem to be any division of labour.

Indian social spider Stegodyphus sarasinorum
There are four species of social spiders reported in India, out of which Stegodyphus sarasinorum (family Eresidae) is the most well-known. The Indian cooperative spider, Stegodyphus sarasinorum, inhabits the semi-arid areas of the central and southern states. Ten to hundreds of individuals reside in a colony. This is built with the help of leaves, twigs, prey remnants, and spiders’ own exoskeletons. The colony is wrapped around with spider silk forming a nest-like structure with various exterior openings. Here, attached to the colony, is a large web that facilitates the capture of prey. Several colonies interconnect along with their webs forming a massive multi-dimensional unit.

The colony composition of S. sarasinorum is dominated by females. A medium-sized colony of around 80-90 females might have only 5-10 males. Every year the males from the same or nearby interconnected colony breeds with multiple females within the same colony-cluster. This activity of mating with their kin or colony-mates is explained as “interbreeding”. Interbreeding is common across social spiders from generation after generation resulting in population structure with higher number of females and fewer males. 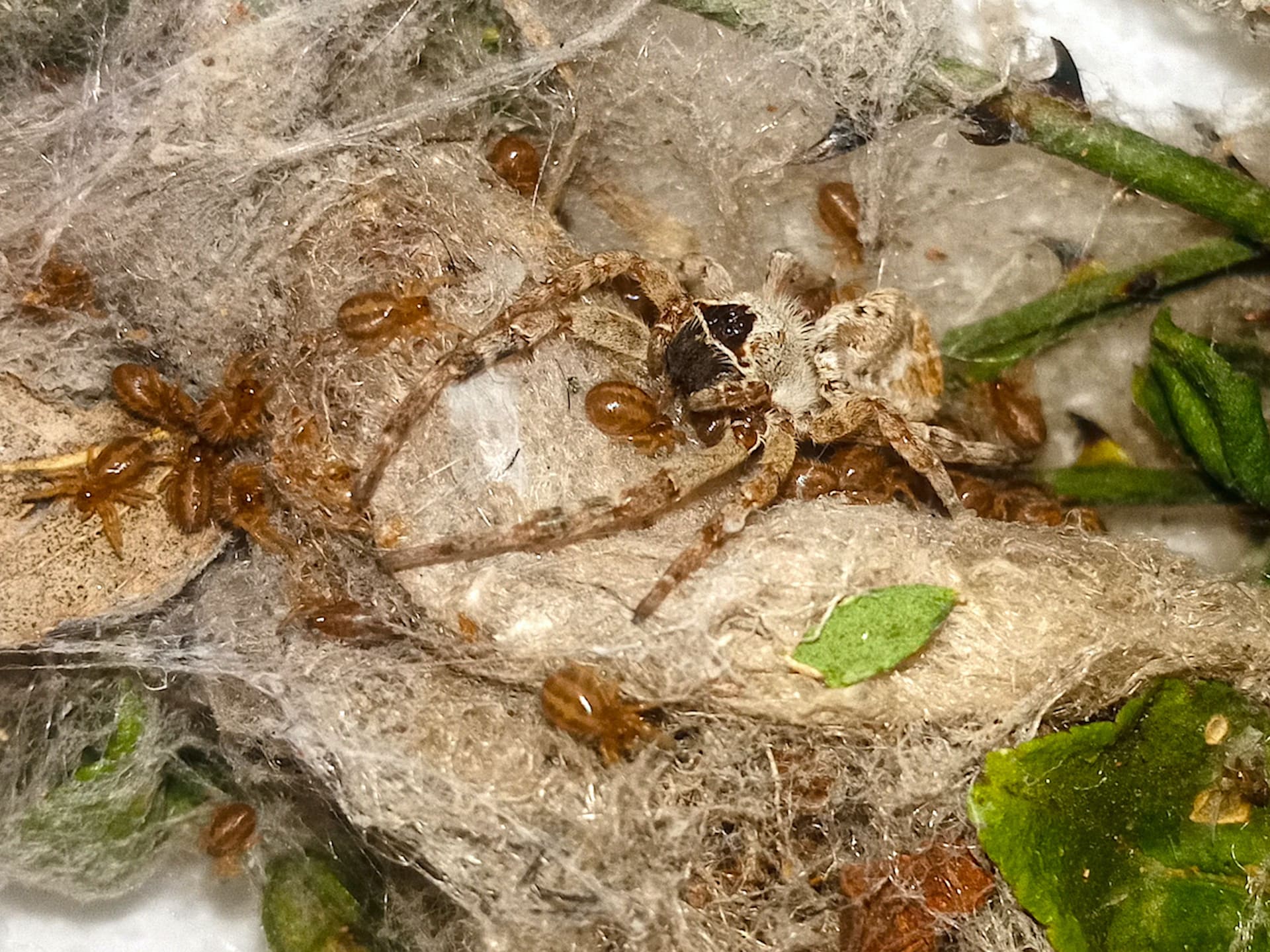 (Left) Sexual dimorphism is observed among S. sarasinorum where males are smaller than females and darker in colour. One male is on the top and three females are seen at the bottom of the frame. (Right) S. sarasinorum juveniles feeding on their mother to obtain their nutritional needs, exhibiting matriphagy. Photos: Maitry Jani

The females execute the colony’s entire functioning, while males are typically active only during mating. After mating, the female lays several eggs covered in a protective silk egg sac. Once the eggs hatch, the spiderlings are initially nourished by regurgitated food provided by their mother or other females from the colony. After few weeks, the mother and other females in the colony offer themselves to the juveniles as food. This suicidal behaviour is called matriphagy. Maternal care in these spiders is greater than that seen in other animals.

Collective hunting in social spiders
Watching these spiders feed on prey is an ineffable sight. The highly coiled cribellate silk laid by females entangles prey of various sizes and shapes. The vibration of the ensnared prey is sensed by colony mates. Initially, few individuals from the nest approach the prey and surround it. With the help of sharp mandibles, they dismantle the prey’s appendages and then drag it towards the inner portion of the nest, where the rest of the individuals join in and relish it.

There is an added benefit to this. Social species are able to capture larger profitable prey such as grasshoppers or mantises, which are unlikely to be captured by a solitary spider. 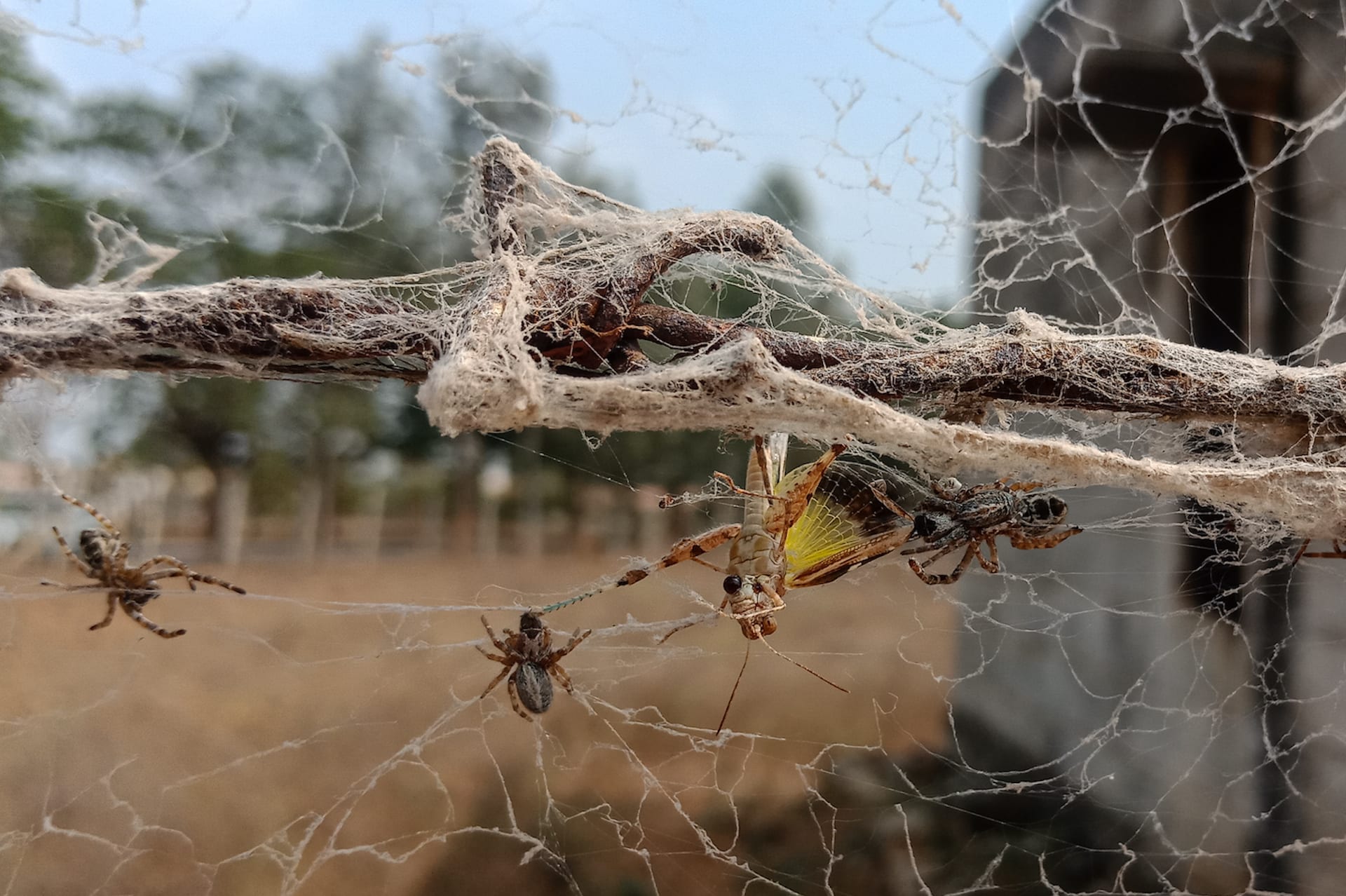 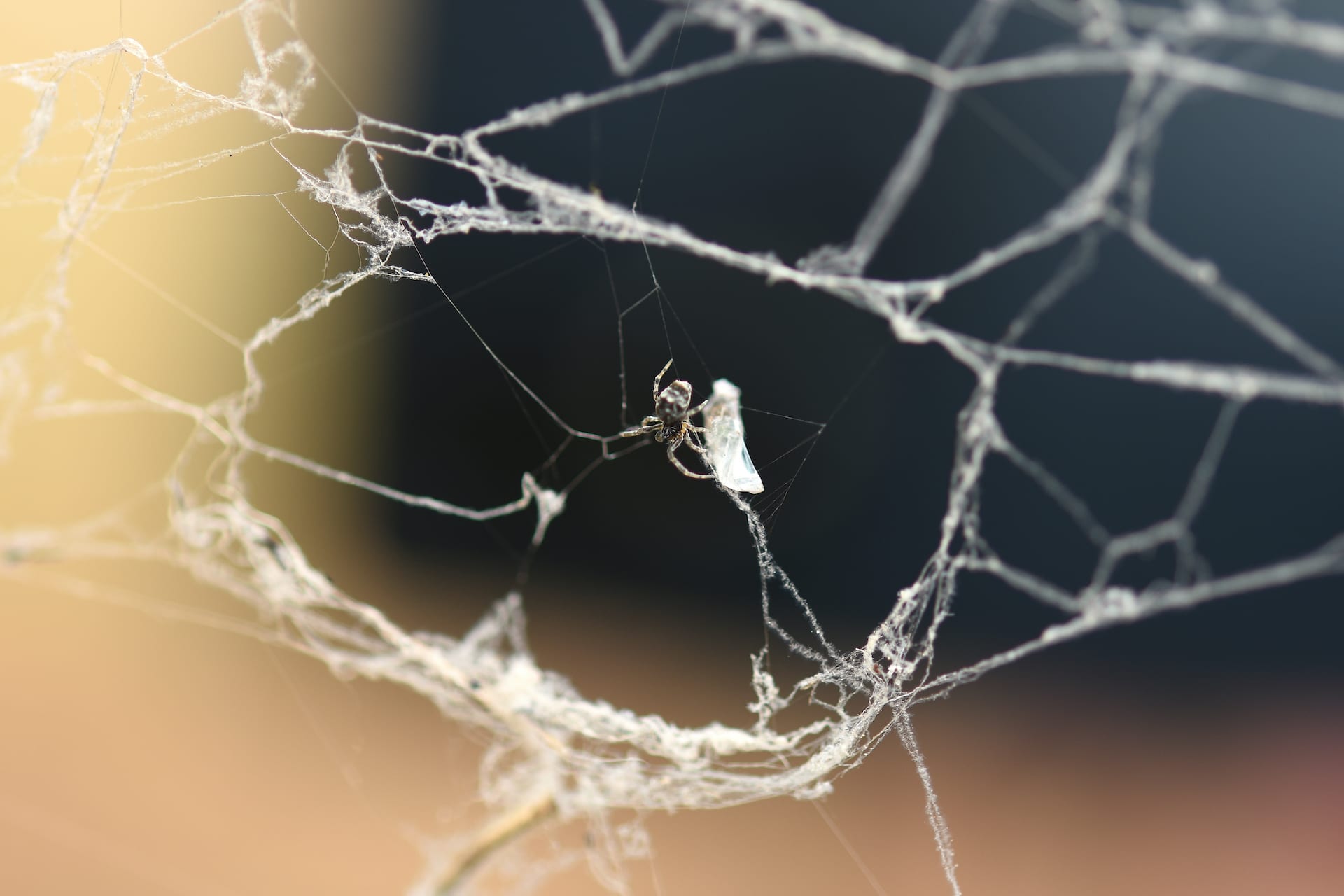 (Left) A live grasshopper in the grasp of the sharp mandibles of female social spiders as they drag it towards the colony. (Right) Some spiders are kleptoparasites. They are not active hunters, they wait for tiny prey to get entangled in the S. sarasinorum’s web and feed on them. This process of stealing prey results in damaging the host’s web, creating small fissures, as seen here. Photos: Maitry Jani

Foreigners are welcome!
Once established, these colonies reside in the same place for several months to years. Since these structures are long-lasting, many other animals are attracted to the colonies. These foreign animals may use the social spider colonies for food, shelter, protection, or even completing their own lifecycle. One such example is the small, brown microlepidopteran caterpillar which feeds on tiny debris and nest material and later pupates into a beautiful moth.

While caterpillars stay inside the nests of social spiders, many other spiders regularly invade their webs. This includes tiny foreign spiders in the family Uloboridae which is seen patrolling the outer web. They are kleptoparasites, stealing small flies that get caught on social spider webs. While doing field research on the outskirts of Bangalore, I have observed both males and females of this species on the web, feeding, laying egg sacs, and competing for resources with the host.

While others are busy stealing prey from the web, jumping spiders, lynx spiders and huntsman spiders are predators of social spiders. They sneak into the colony and opportunistically feed on S. sarasinorum adults and juveniles. Opening a social spider colony is always a mystery, because, you never know what other creatures are residing within. 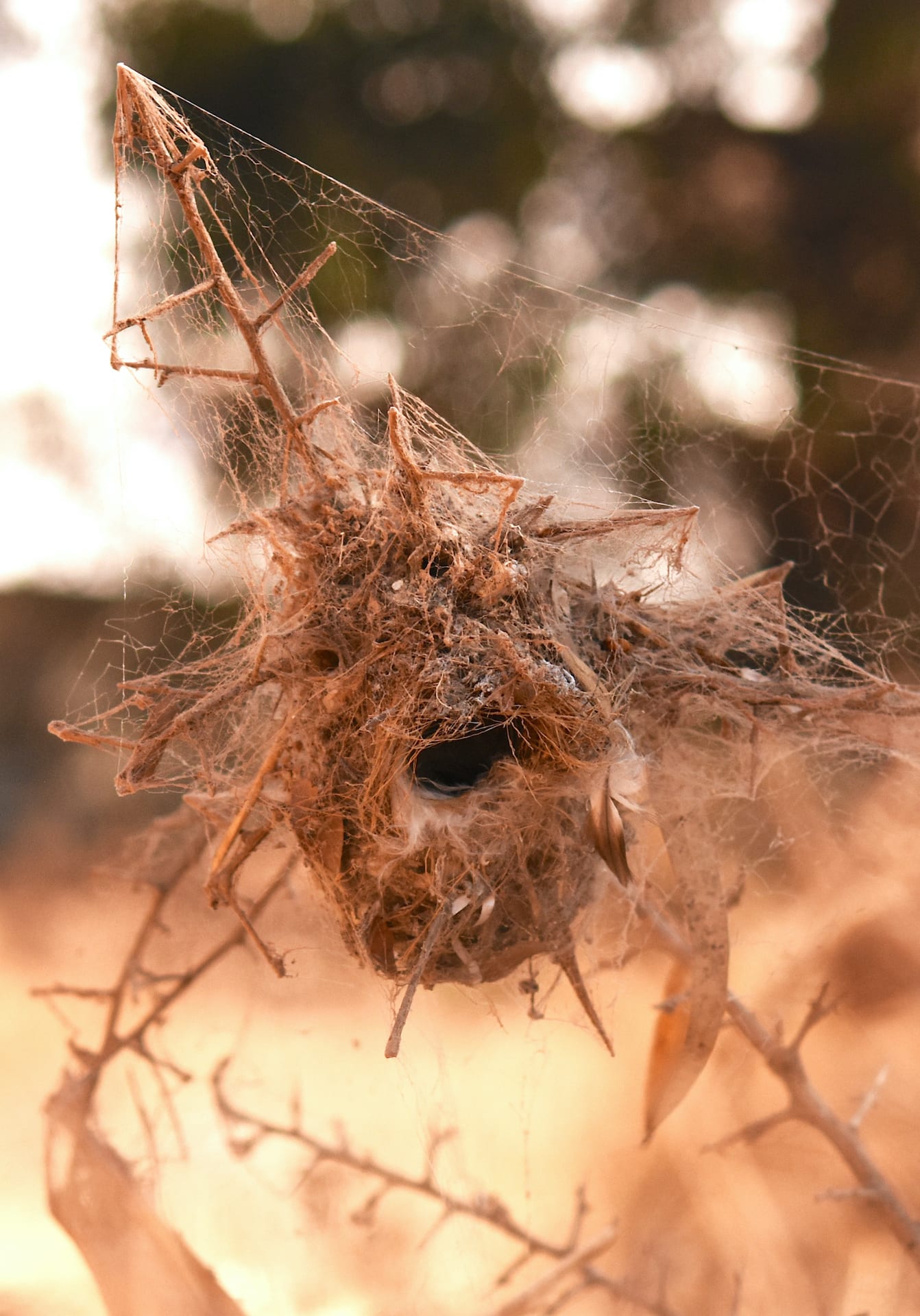 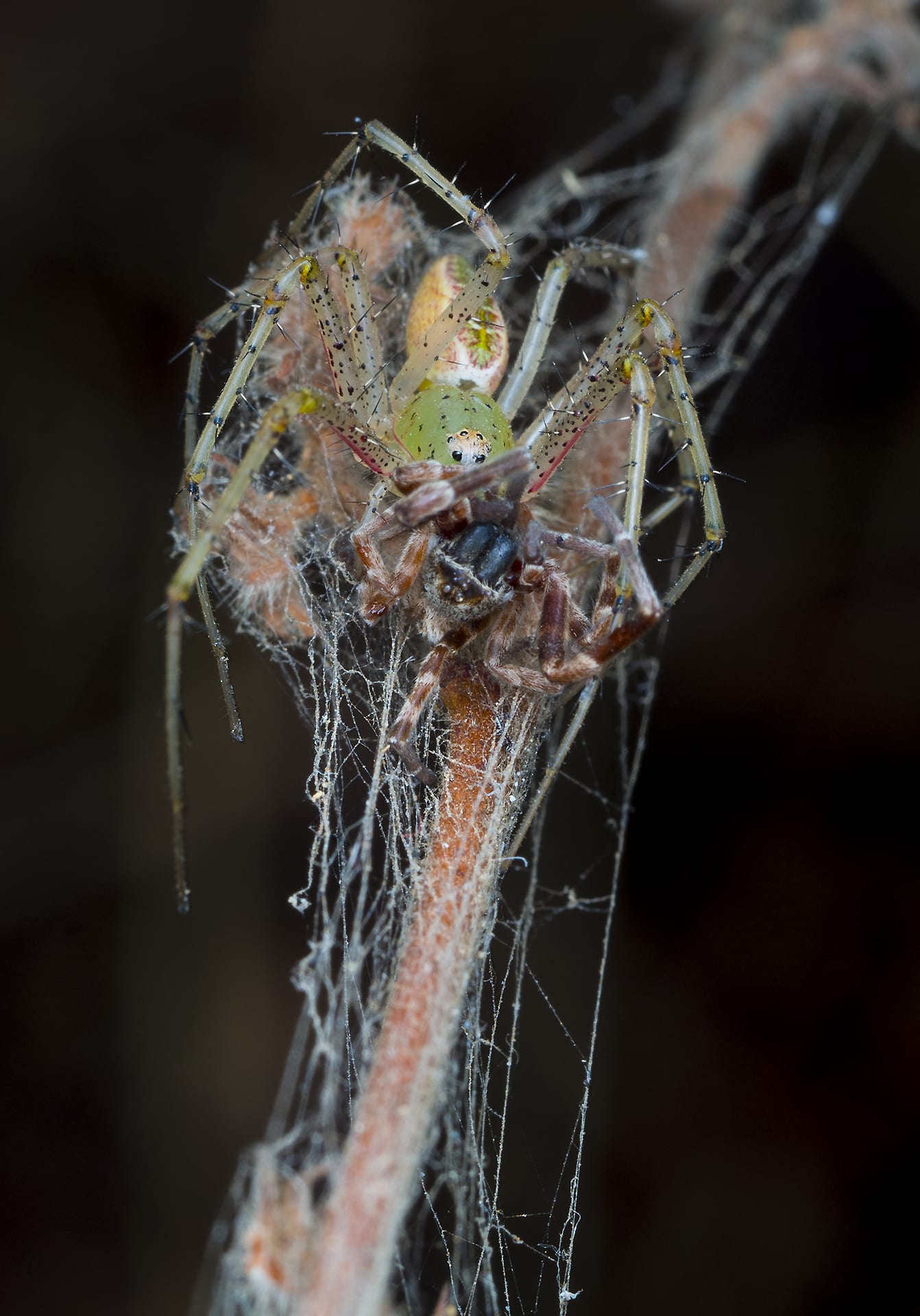 (Top) A conglomerate of colonies and a large web hosts thousands of S. sarasinorum individuals at a time. These masses are so distinct that it is impossible to miss the sight of these social spider colonies along highways, fields, and dump yards. (Above left) A purple-rumped sunbird’s nest inside the social spider colonies. (Above right) Large-sized spiders are often seen feeding on social spiders. Here, a lynx spider (Oxyopes sp.) feeds on social spider individuals (Stegodyphus sp.) Photos: Samuel John (top), Maitry Jani (above left), Hayath Mohammed (above right)

Social spiders have fascinating lives that need to be explored further. Do they really share their food with other colony members? Do all of them equally contribute to web building? Are the same kinds of kleptoparasite behaviour found in different species of spiders? There are many such questions that one can explore. A study published by Branco, VV & Cardoso P in 2020 in the journal ‘Global ecology and conservation’, compiled the relevant direct and indirect threats faced by spiders and their habitats, emphasized that climate change, urbanization, roads, are some of the many reasons for habitat loss. Considering the low dispersal of social spider colonies and their preference for dry habitats, human intervention such as road expansion, cutting down of trees and bushes near highways and burning down hedges of agricultural farms (all ideal patches for S. sarasinorum) have initiated their local extermination. 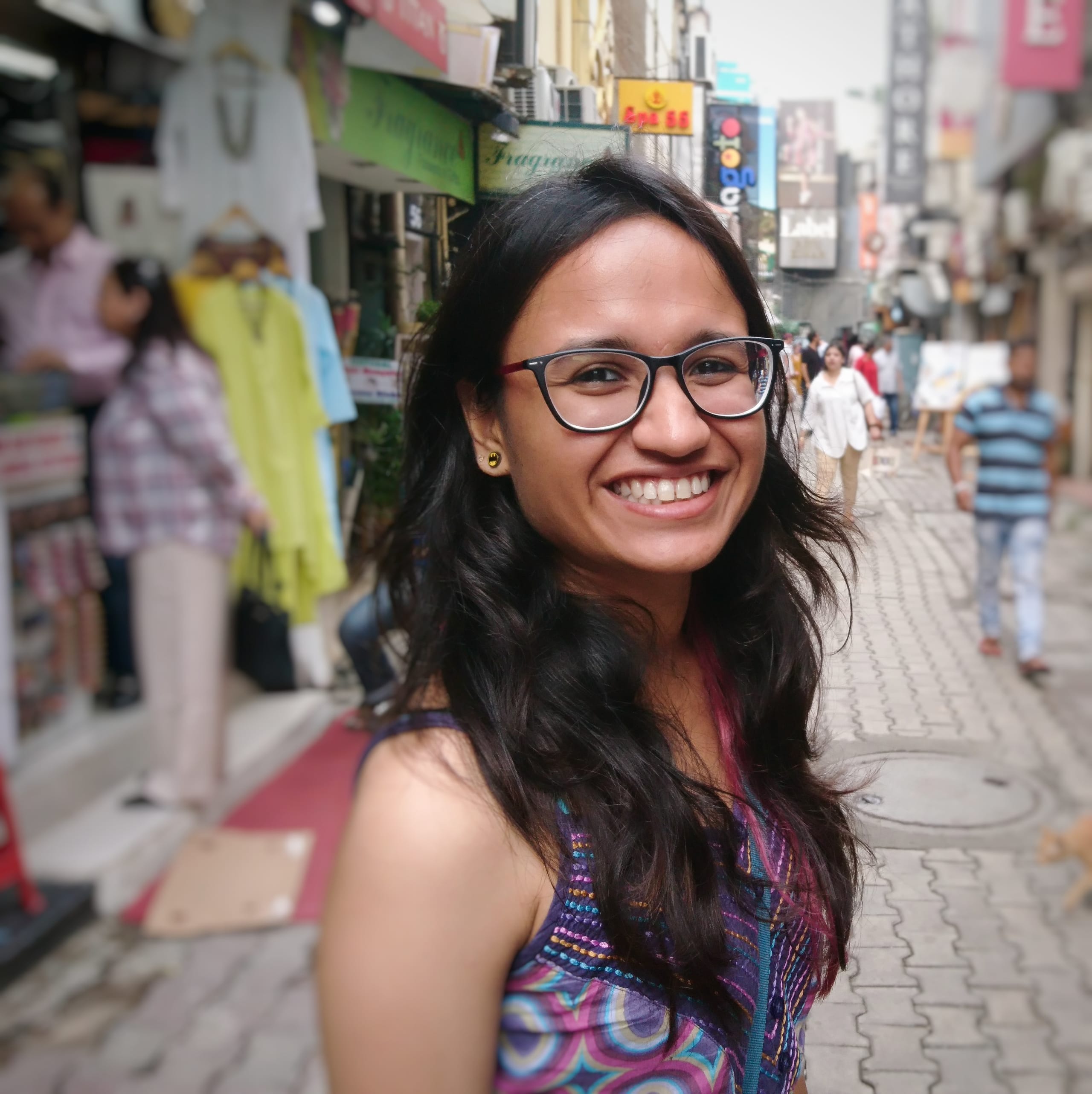 is a research associate at Azim Premji University, Bangalore, and currently working on behavioural ecology of social spiders. She is a nature enthusiast, explorer and a big foodie.