Globe skimmers or wandering gliders migrate vast distances across oceans and continents, riding the extremities of weather systems as they hitch from one place to another 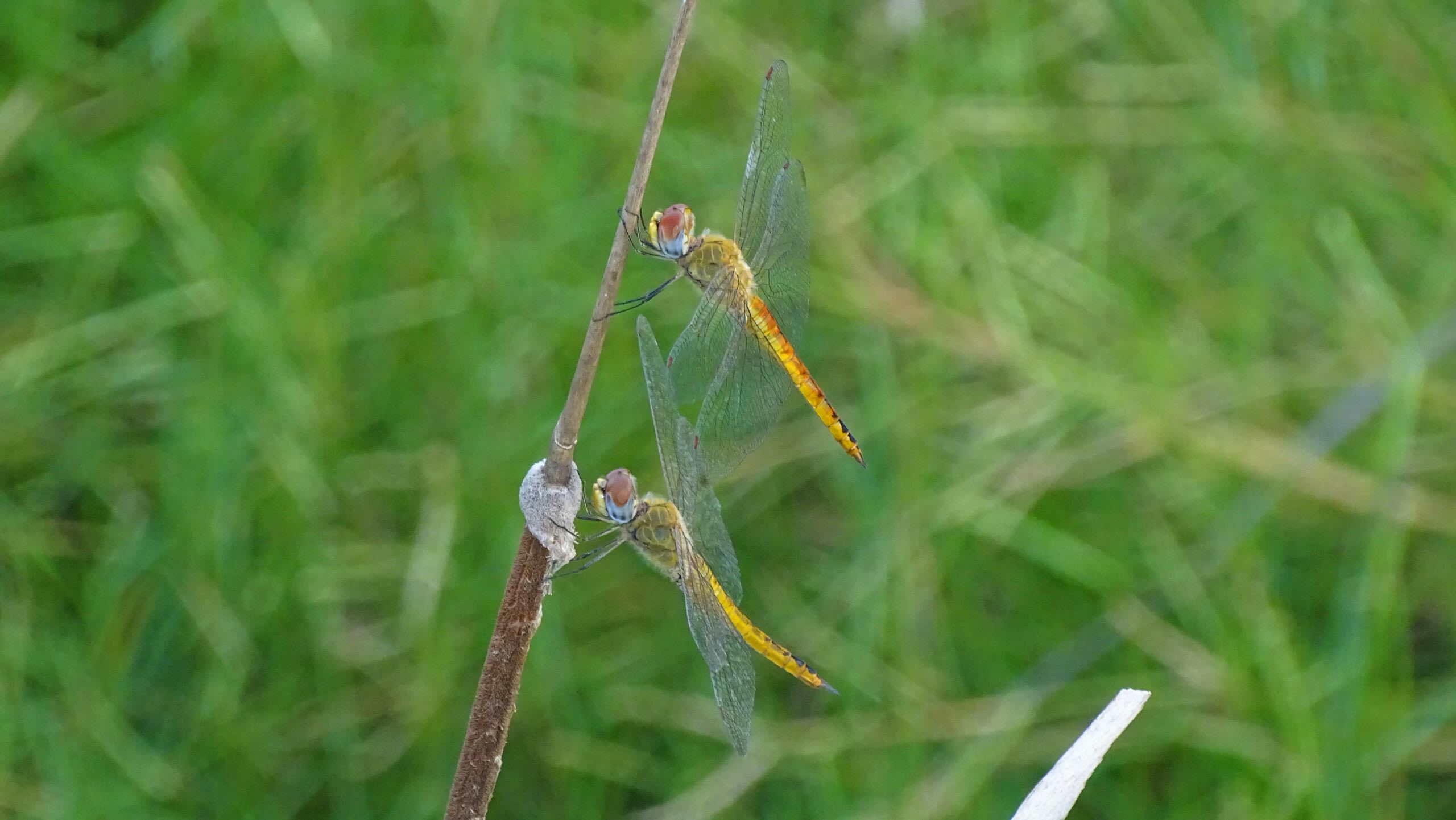 The air over the groyne began to click and crackle. A group of us were at Kovalam creek surveying the coast when a swarm of several thousand wandering gliders (Pantala flavescens) enveloped us. We stopped our work and stood watching. Inside the dragonfly cloud, their wings made electric sounds as they darted around, landed, and took off.

This cloud of odonates had moved in from the sea. We could see the swarm extend far over the waves. The insects gradually moved inland to the tail of the groyne (protective barrier wall) and further. After some time, another wave of insects came. Then another. Curiously, if you watched the individual insects, they seemed to fly at random — like Brownian particles with temper and attitude — tackling the sea winds, turning in hitches and knots, sometimes sparring quickly or chasing each other. These dragonflies allowed the winds to carry them, forming a river of odonates. If you turned a microscope to the river, you would see its molecules moving at random. But you have to zoom out to be able to discern the river’s flow. But I was too small to see its flow. 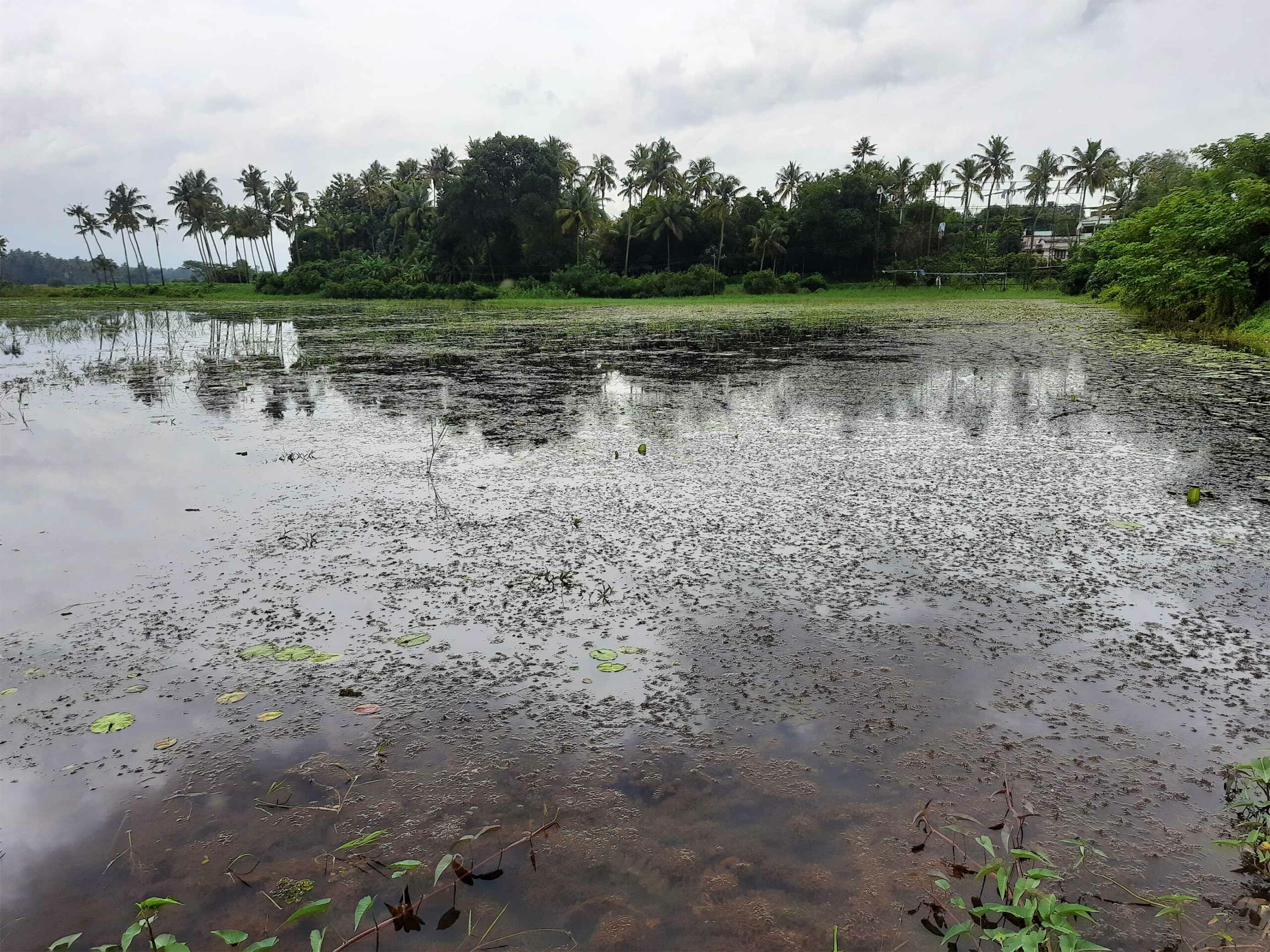 Wandering gliders are known to congregate around pools of water. The females use these temporary freshwater pools to lay eggs. Photo: Vivek Chandran
Cover Photo: The idea that an insect about 5 cm long can fly for 2,000 km nonstop over an ocean may seem unlikely, but the wandering glider or globe skimmer is one of the world’s greatest travellers. Photo: Yuvan Aves

Palayam Anna, a fisherman elder at Urur Kuppam, Chennai, told me a story about dragonflies from his younger sea-faring days. When he took his boat out to sea in the Tamil months of Purattasi and Aippasi (mid-September to mid-November), the ocean air would be full of thattan (dragonflies). If he and his fellow fishermen ran out of bait, they would use thattan. During this season, large fish like perch, mullet, and seer roam close to the surface and rocket out of the water to catch these insects.

It felt like I was beginning to understand the movements of dragonflies from their behaviour near the coast. I was wrong. In the natural world, I am learning that the answer to some questions is unknown, but to most unknowable. Later, I spoke with my friend and renowned dragonfly researcher Vivek Chandran, and he told me that dragonfly swarms we see near the ground are most likely feeding swarms. But this is not the height at which they migrate vast distances. Wandering gliders, also called globe skimmers, are the insect world’s greatest travellers. On their journey, these dragonflies make a multigenerational migration of 18,000 kilometres in a year, with a single individual flying over 6,000 kilometres. Vivek says that the gliders ascend high up into the sky where prevailing winds are much stronger, and passively glide on them. 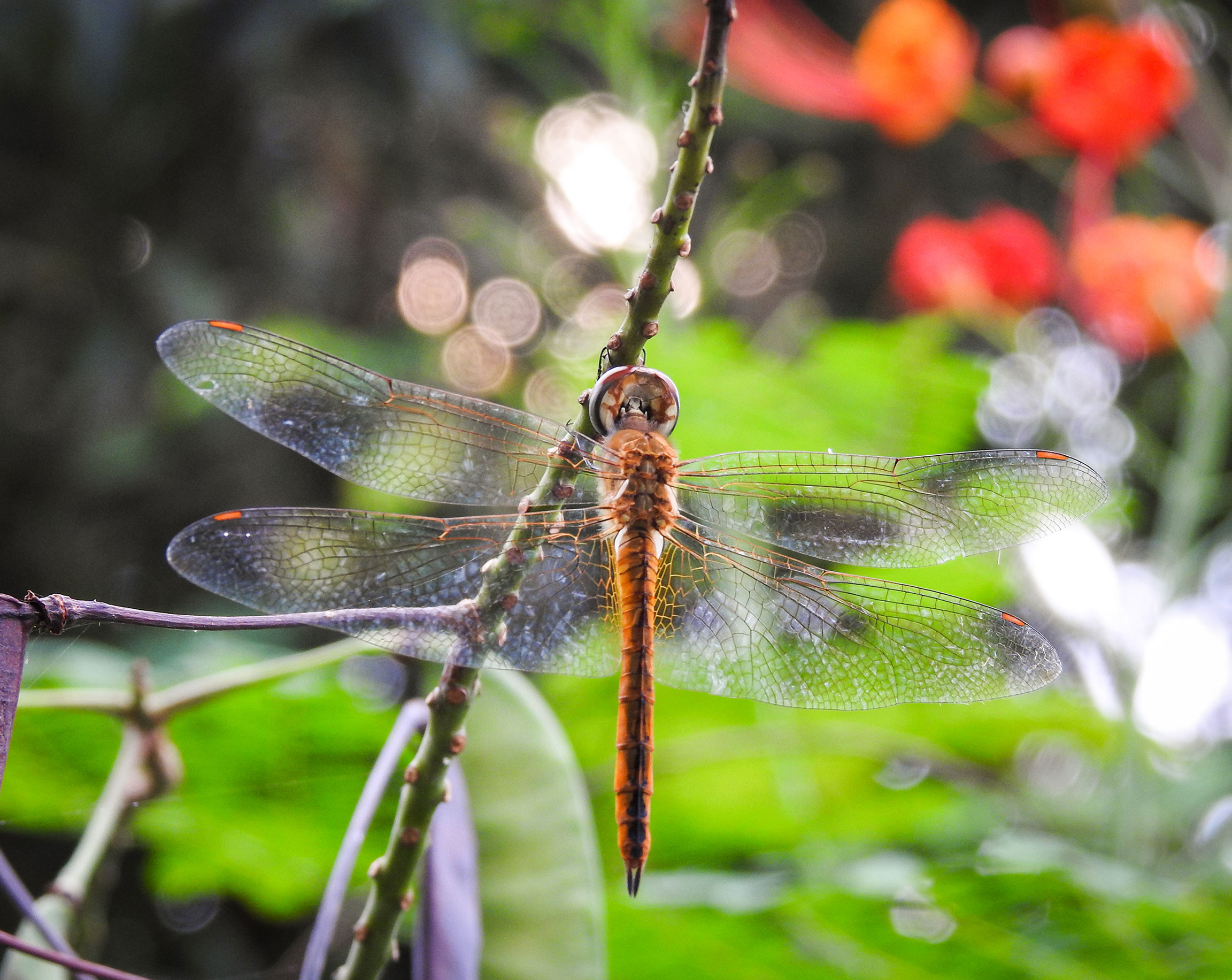 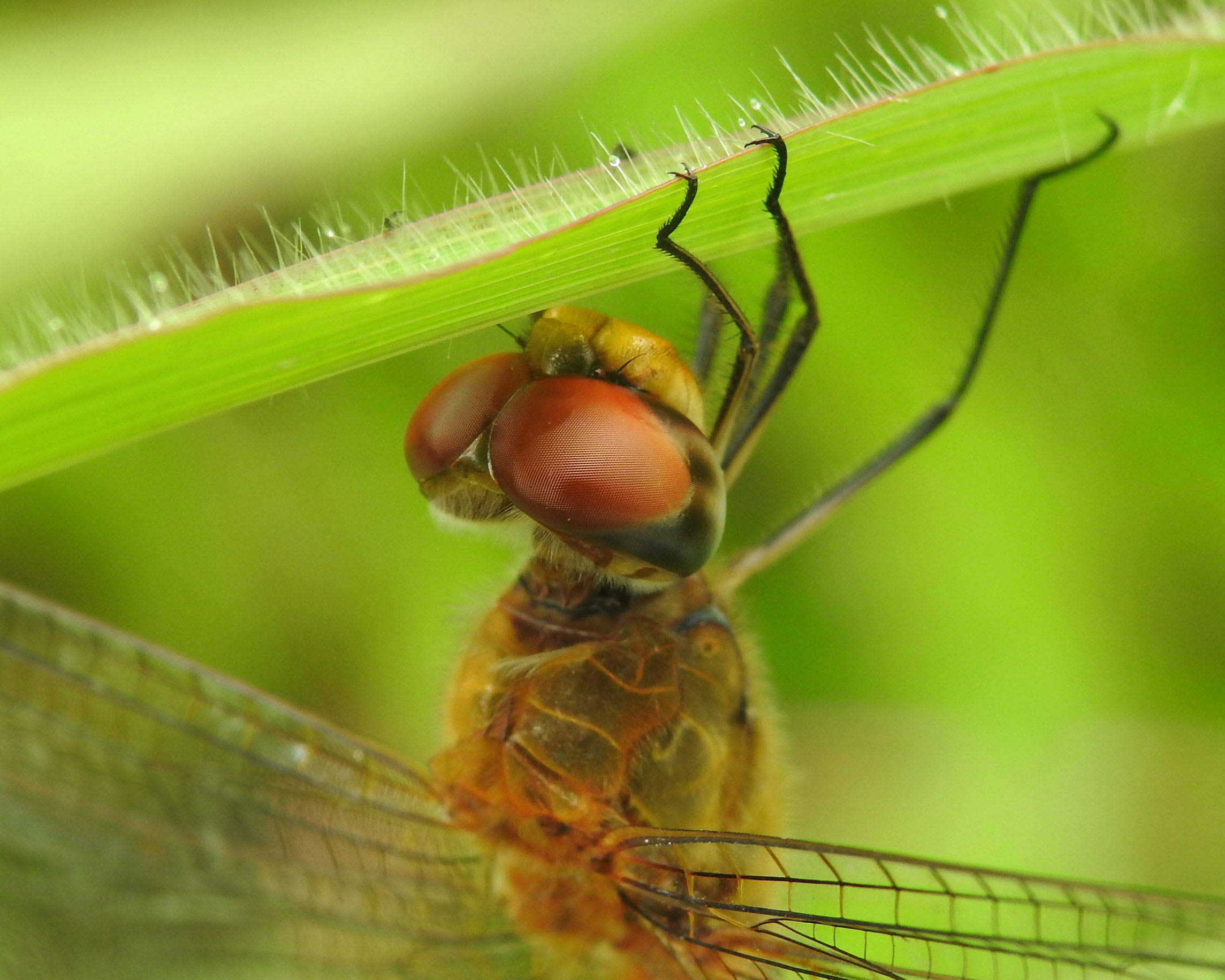 If low flying groups are feeding swarms, what are they feeding on? During a pelagic bird (seabird) survey in September 2018, I was in a trawler boat, tens of kilometres into the ocean, off Chennai’s Kasimedu harbour, when we ran into a massive block of dragonflies. Our vessel was moving quite fast, and the insects striking on our faces and limbs felt like needle pricks so, we hid behind the engine room. But what could the dragonflies be feeding on, hanging around so low over the sea? Vivek told me that much of what these insects feed on is invisible to us. They could be feeding on airborne plankton/aeroplankton carried by sea spray. They are especially abundant in the atmosphere when the waves are choppy.

Marine biologist Charles Anderson discovered the best-known circuit of wandering glider migration from his observations in the Maldives. He mapped their triangular route riding on the monsoon winds across the Indian Ocean flyway — from the Indian subcontinent to East Africa, Central Asia, and back. Several bird species, including Amur falcon, hobby, pied cuckoo, Eurasian roller, and blue-cheeked bee-eater, take the same route as the odonates and at the same height of about 2,000 – 2,500 metres. Anderson suggested that the birds sustain themselves on their flight with insects. But this is just one route that was studied. Wandering gliders are genetically similar all over the world and seen in every continent except Antarctica. So, their migration routes must be an international inter-linked network of circuits, closely in sync with different seasonal winds across the world. In China alone, for example, three migratory circuits are hypothesised.

For a bipedal creature like me, home is on land. It’s a circle on the map. For a wandering glider, home is ever the wind, weather, and sky. Can that even slightly enter my comprehension? I can only think of a verse by the Tamil sangam poet Kaniyan Pungundranar – “Yaadhum oore yavarum kelir” (I belong everywhere, I am related to everybody). Was he possibly looking at swarms of migrating dragonflies? I live in Velachery in Chennai where odonate diversity abounds, as it was and is a marshland disappearing fast to urbanisation. In October, wandering gliders hang everywhere from the dry Prosopis thorns and reed heads; they never perch upright. They are known to be rain pool breeders to avoid competition with other dragonflies and predation pressure from fish in perennial waterbodies. Their larval stage is the shortest among dragonflies, about 4–6 weeks, tuned to the hydrology of temporary pools. Then Tamil Nadu must be a crucial stopover site for them as it has thousands of eris (traditional lakes) and associated streams, fields, and canals which come alive only during the rains. The state has a large number of ephemeral waterbodies and wetlands, as mentioned in the National Wetland Atlas. I’ve heard a Tamil saying from farmers in rural Chengalpet and Kanchipuram – “Thattan thaazhap parandha thappama mazhai varum” (If dragonfly swarms fly too low, then rain is sure to come). Every year between October and December, weather depressions or cyclones form in the Bay of Bengal, and red alerts are given to Chennai for strong winds and intense rain. Unfailingly, one or two days before a storm, over pockets of marshes, flooded playgrounds, puddles and vegetation, thousands of dragonflies fill the low air. Rains follow soon. I’ve come to think that the glider swarms are ever riding the extremities of weather systems as they hitch from one place to another. 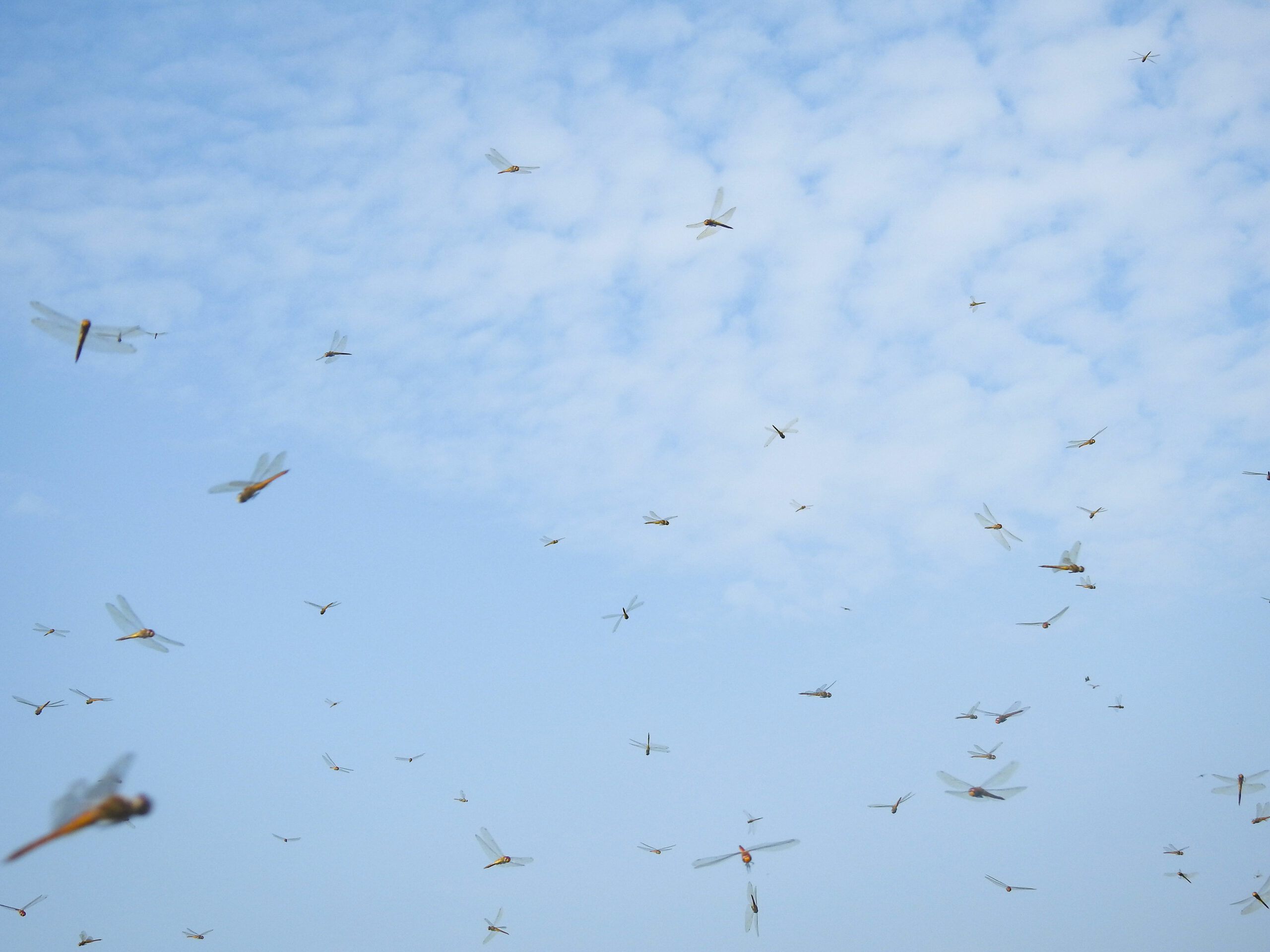 Wandering gliders travel in enormous swarms that hold millions of dragonflies flying together in a single direction. Photo: Vivek Chandran

Winds are changing with the changing climate. One phenomenon increasingly recorded in the Bay of Bengal is “rapid intensification” — weather depressions changing into cyclones in an abnormally short time. Climatologist Roxy Matthew Koll has shown that the land-sea thermal gradient is falling on India’s west coast due to warming oceans. This is resulting in more intense weather events but a gradual decrease in total rainfall over the years. Other studies show that the Indian monsoon is becoming more and more unpredictable and that seasonal winds across the world are speeding up. Do the dragonfly swarms carry these messages with them in the ways they appear and disappear? Do they have to fly higher and faster? Do they get time to complete their lifecycles as monsoons turn abnormal? Are their routes changing, numbers falling, wings growing wearier? Possibly these insects hold and tell these stories through their movements, and there is much to learn by observing them. For time immemorial, they have been the foreword for rain, the season’s communication to people across geographies. 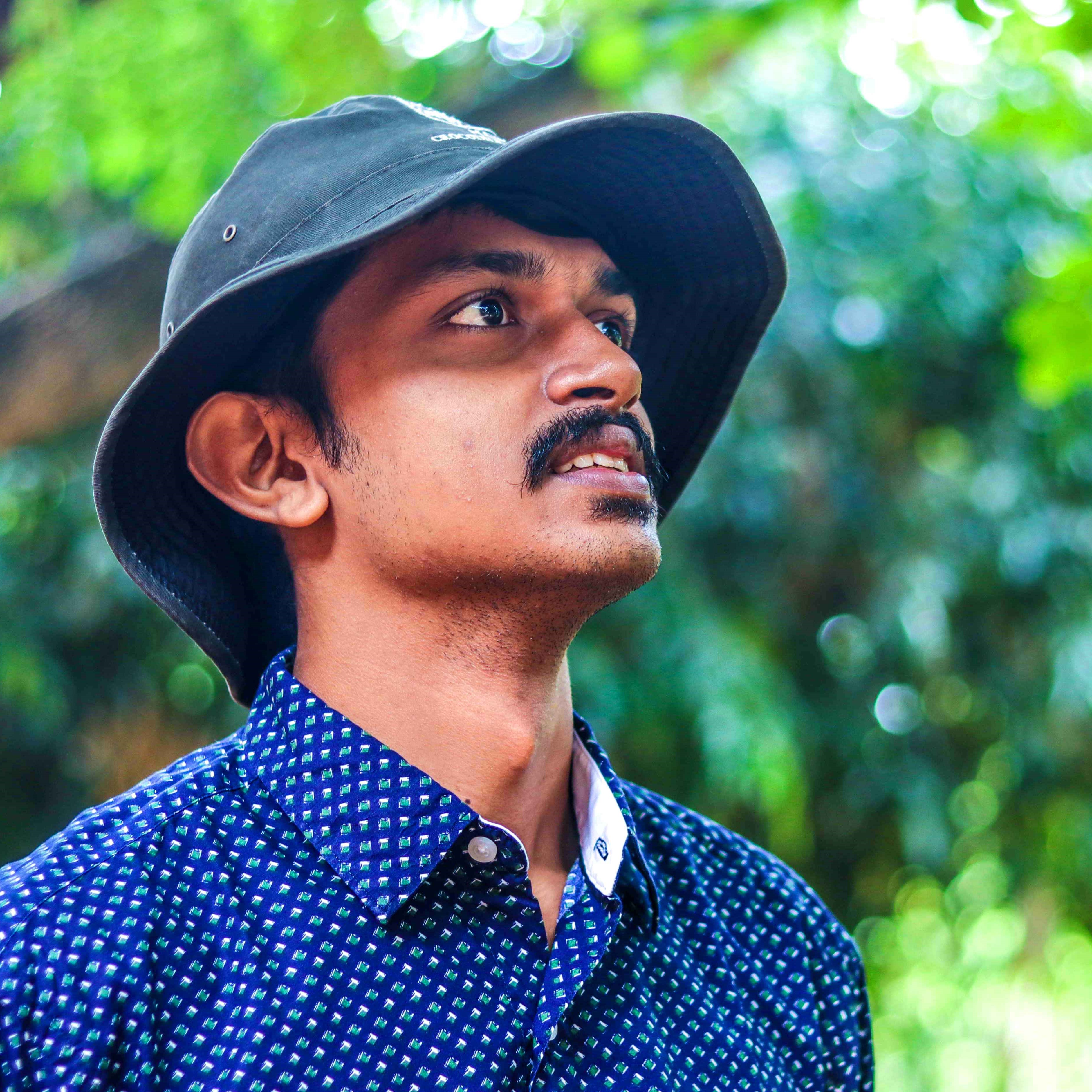 is a Chennai-based naturalist, writer and activist. He enjoys introducing the natural world to children and is the author of A Naturalist's Journal - a collection of essays on countryside wilderness.