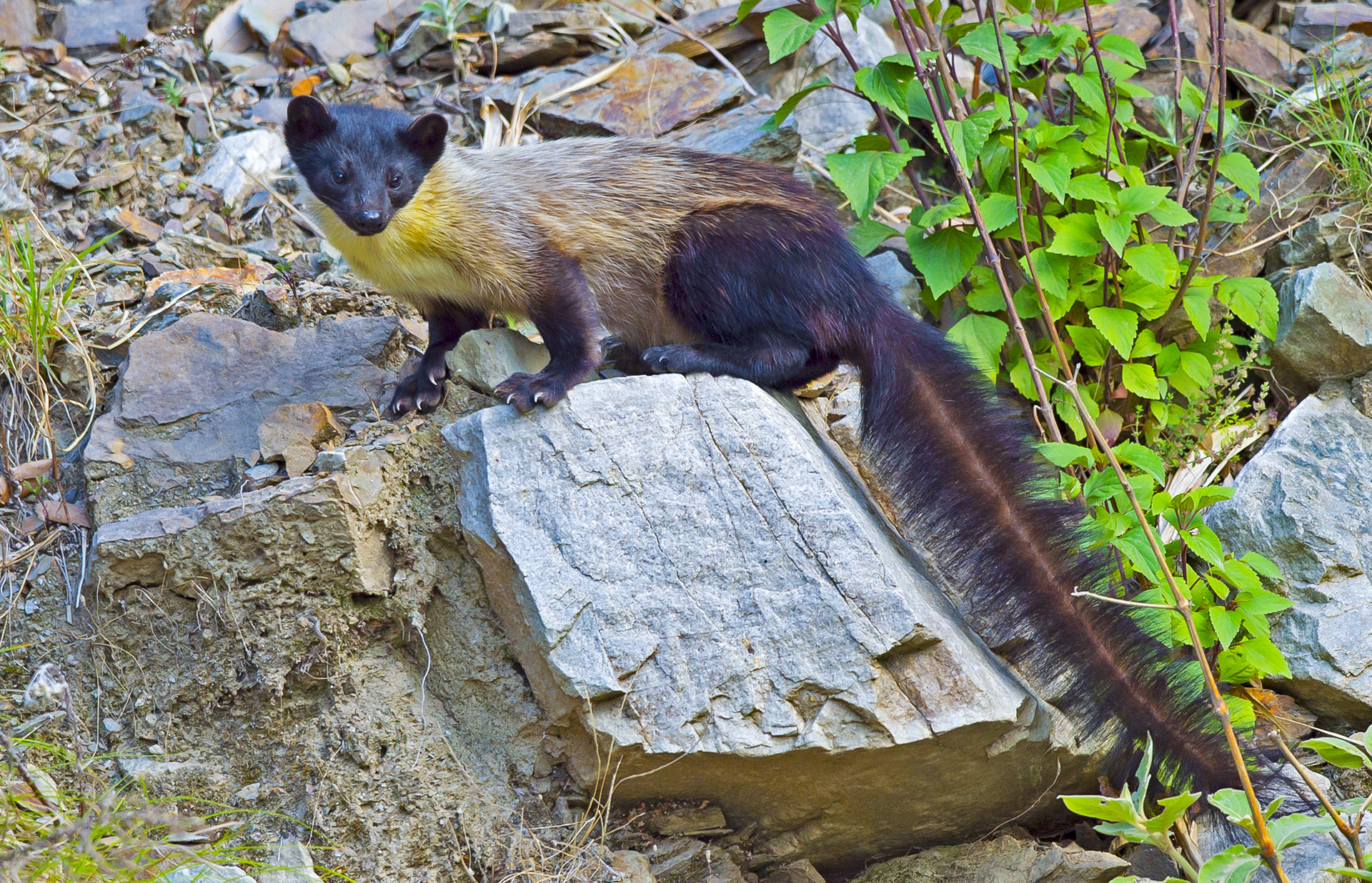 On a cool summer morning in Mukteshwar, Uttarakhand, I was walking through a patch of oak forest and watching a bunch of birds in the dappled sunlight. It was breeding season for most Himalayan birds. A male verditer flycatcher sat atop a tall tree, singing in the hope of attracting a female passing by. A white-tailed nuthatch was fliting in and out of its tree cavity carrying insect grub to feed its newly fledged young. A blue-capped rock thrush was carefully incubating her eggs in an embankment by the trail, and a flock of 6-8 white-throated laughing thrushes were rustling about in the leaf litter in search of food. Suddenly the sweet song of the flycatcher turned into a harsh alarm call, the quiet rustle of the laughingthrushes had become a cackling cacophony over which I could barely hear myself, and soon every single bird in the forest was creating a racket. Within a matter of minutes, the calm and tranquil scene had become complete bedlam and I couldn’t understand why. I didn’t have to scratch my head too long though, as the little black face of a yellow-throated marten (Martes flavigula) peeked out from behind a tree trunk. The birds may have been trying to alert one another to the small carnivore’s presence or trying to disorient him. Either way, not too many birds or their nests are truly safe from a hungry yellow-throated marten. Amidst the commotion, in a typical looping fashion, the marten walked about inquisitively, searching for his next meal. He climbed a few trees and inspected a number of cavities and crevices, managing to snag a couple of eggs that he consumed immediately. As he made his way closer to where I was standing, he sensed my presence and lifted his head. As soon as he saw me, he made a swift U-turn and scampered off. A few minutes later the forest was back to normal and the verditer flycatcher was back on his perch trying to woo a mate. This was the first of many enjoyable encounters I was lucky to have with this fascinating wild animal while studying birds in Uttarakhand from 2017 to 2020.

Equally at ease in trees and on the ground, this yellow-throated marten enjoys the view from a treetop in Dibang Valley, Arunachal Pradesh. Photo: Dhritiman Mukherjee Cover photo: The yellow-throated marten has a long tail which extends to almost two-thirds the length of its body. It has short, powerful legs with broad feet allowing it to scamper up trees with ease. Photo: Dhritiman Mukherjee

The yellow-throated marten (Martes flavigula) belongs to the family Mustelidae which includes other small carnivores like badgers, weasels, and otters. It is easily distinguishable from other species in this family because of the bright golden-yellow fur in the neck region which gradually becomes yellowish-brown towards its lower back, as well as its distinctly long tail (two-third it’s body length). There are nine subspecies of the yellow-throated marten distributed in Asia. It is found across the Himalayas, from Afghanistan in the west to Myanmar in the east, down towards Southeast Asia and all the way into Malaysia and Indonesia. They are also found northward through China, Taiwan, the Korean Peninsula, and eastern Russia. Across their range they are found in a variety of habitats ranging from lowland swamps to coniferous forests and even alpine meadows. In Uttarakhand, the yellow-throated marten is found in the broadleaved forests of the Himalayan region and is frequently seen around human settlements. They are mostly active during the day and are often seen in groups of 2-3. Although the local name is “tutryal” most people refer to the marten as the “yellow animal that roams around in pairs”.

Still oblivious to my presence, the yellow-throated marten forages for his next meal as the birds around him cause an uproar. Photo: Tarun Menon

The yellow-throated marten is a very adaptable species and is known to feed on a wide variety of things. Their diet can include small rodents, hares, reptiles, birds, eggs and, occasionally, when in groups, they are known to hunt down mammals many times their own size, like young barking deer, musk deer, rhesus macaques, and young ones of a wild boar. Additionally, nectar and fruit form a significant part of their diet. They are frequently seen scavenging at garbage dumps around human settlements, and according to local people, they often prey on poultry and supposedly, domestic cats as well.

I was rather unconvinced by the latter claim and wondered if it was part of urban legend, until I witnessed something along those lines. Early one morning, I was riding my scooter trying to get from one study site to the next. There was no other vehicle on the road and I was zipping from one bend in the road to the next when suddenly out of nowhere, a cat darted out of a bush on the left. I quickly slammed the brakes; the bike came to a halt just in time and the cat escaped to the other side of the road. The cat looked terrified, so I assumed some dogs were chasing it, but as I was about to restart my bike, a small, black face popped out from the same bush, snarling ferociously. The yellow-throated marten was about to make its way towards the cat when it noticed me and then decided to bolt back into the bush. That cat owes me one of its nine lives.

Don’t be fooled by its cute face, the yellow-throated marten is a fearsome carnivore that has no natural predator, even big cats like tigers and leopards maintain their distance from it. Large eagles are not spared either. I once saw a pair of yellow-throated martens climb to the top of an oak tree and seemingly for fun, scare away a family of steppe eagles that were perched there. Every time the eagles tried to come back, the martens would snarl and snap at them from the canopy. Realising that the martens were unlikely to let up, the eagles decided to search for perches elsewhere. The two yellow-throated martens then lounged about that spot for a while, taking intermittent naps, with not a care in the world.

Yellow-throated marten can be quite bold. They are rather unafraid of humans and until one gets too close (as in my case), they are slow to flee. Behind the cute and furry appearance of the yellow-throated marten lurks a fearless and feisty predator that is at the top of the food chain. Photo: Tarun Menon

Despite being widely distributed and relatively common in many parts of their range, we know very little about the yellow-throated marten (especially from India) apart from a few anecdotal observations. There is no population estimate available either, making it difficult to assess its conservation status or consider any conservation action. According to the IUCN it has been categorised as Least Concern because of its large habitat and geographic distribution. In India it seems like the yellow-throated marten is strongly associated with forest areas, the loss and conversion of which could result in declines in their populations. In the western Himalayas they may be quite tolerant to habitat degradation and can be found in secondary forests adjoining human settlements. There is, however, insufficient evidence to suggest that human dominated areas can support marten populations in the absence of native forest. In addition, the lack of proper solid waste management in these regions poses a health risk to the martens that forage in garbage. Although there isn’t an imminent threat to the species, more concerted work is required to understand the nuances of its population, behavioural and breeding ecology, especially in light of future climate and land-use change. Only once we better understand this fearless little creature will we be able to secure its future. 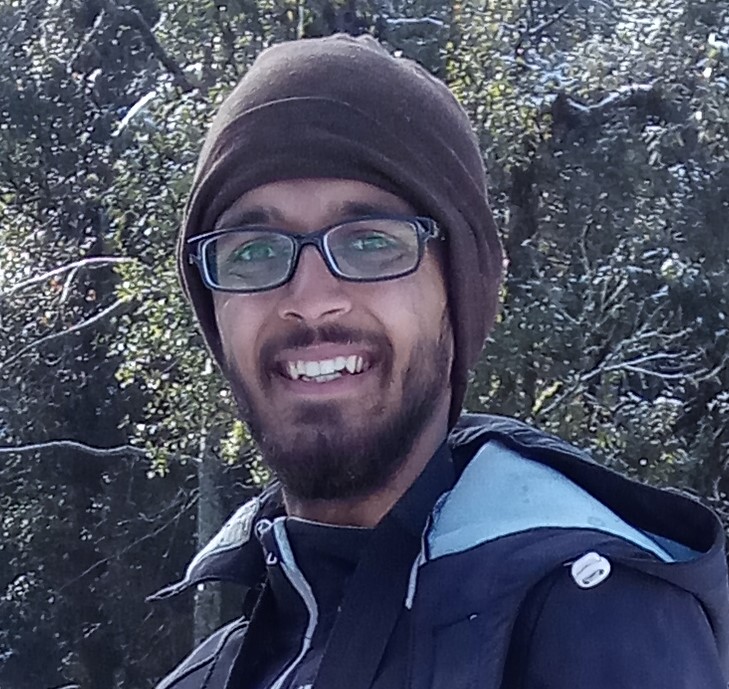