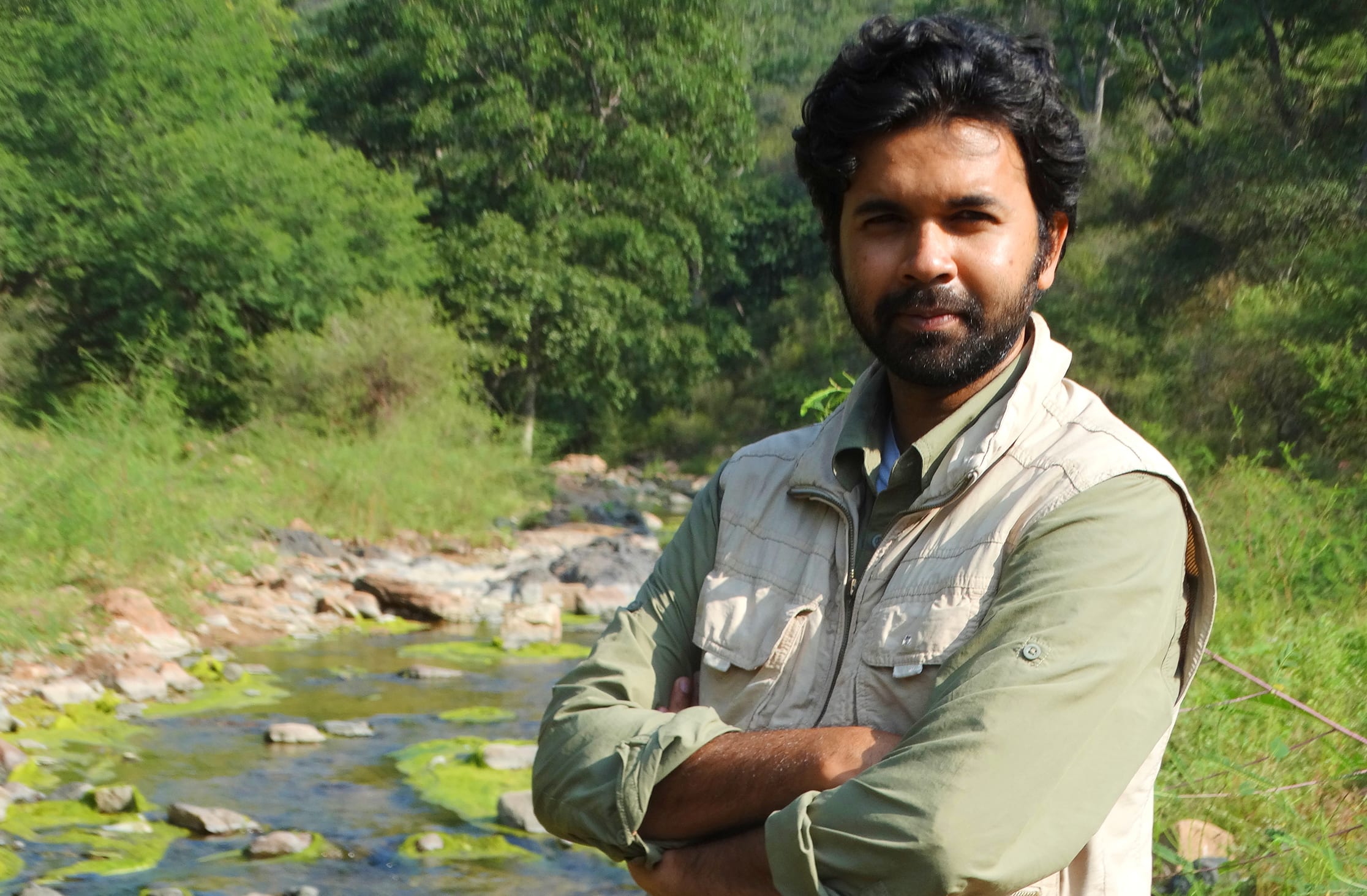 How did your fascination with elephants start?

I grew up in Mysore and my parents took me to Nagarhole and Bandipur National Parks often. The elephant herds I saw as a child had a lasting impression on me, and I wanted to spend more time with them. I joined environmental youth clubs in Mysore, and spent time bathing and feeding elephants. I got to study them more scientifically when I joined a Wildlife Biology Conservation Program at the National Centre for Biological Sciences, Bengaluru.

What do you find most fascinating about elephants?

Their individual personalities and their intelligence. They’re thinking all the time. They respond to their conspecifics differently across herds. An elephant in a human-dominated area will be alert and move more during the night. The same individual can be found calm as a cucumber in a forest, savouring a slow meal and covering long distances during the day. They communicate through postures and voices, and I sit and observe and learn their subtle languages.

One trait they’ve instilled in me is adaptability. They are such quick learners—as humans, we lack that. They learn to overcome the barriers humans put up around farms. Many males have learned that their tusks are non-conductive of electricity and use them to destroy electric fences. The females and tusk less males bring in logs from the forest to defeat the fences. So farmers tried digging deep trenches instead, but the elephants simply learnt to fill it back with mud and crossed over.

Where has your work taken you in India and abroad?

My work has mostly been in the South Indian states, though I’ve worked in Uttarakhand too. Outside India, I’ve studied elephants in Sri Lanka and parts of Africa. 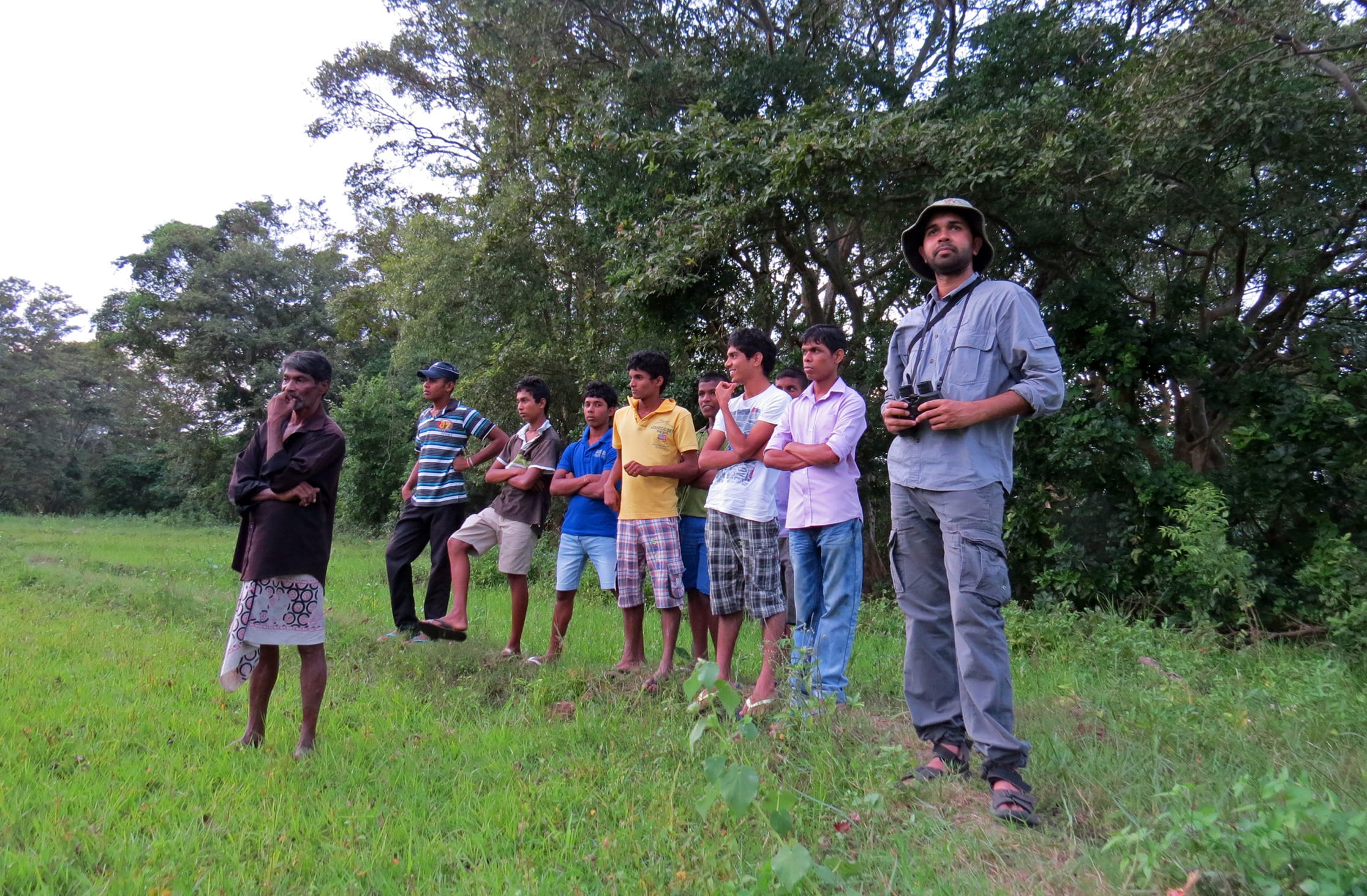 Waiting for elephants near a human habitation in Sri Lanka. Photo: Jennifer Pastroni

Is your work focused in the national parks and wildlife sanctuaries of South India?

No, I work in the areas in-between agriculture land and forested habitats. I observe elephants that are in human dominated regions—Bannerghatta, Cauvery Wildlife Sanctuary, North Cauvery Wildlife Sanctuary, and forest divisions of Hosur, Dharmapuri, Ramnagar and Tumkur. We’ve identified about 200 individual elephants in these regions and have been studying them for almost ten years now. It’s amazing to study these elephants because they interact with humans—something not seen in forests.

Your study area is very close to human settlements, where elephants are generally not expected. Is your work related to human-elephant conflict?

I study elephant behaviour. Some elephants have antagonistic tendencies with people, but I try not to get in the middle. My study is to look at the landscape from an elephant’s perspective. They look at landscapes as high-resource or low-resource, and high-risk or low-risk. We’re trying to better understand habitats from the elephants’ point of view so that we can adjust our actions to accommodate their presence and eventually reduce human-elephant conflict.

An all-male group of elephants nonchalantly moves through a farm. Photo: Vinod Moses

What other specific studies does your work involve?

My study is behavioural analysis. We also use genetics—we collect DNA from their dung—to study how elephants are related to one another. We use cameras and camera traps to study elephant distribution and movement in an area, and to assess how frequently they visit various regions. The data we collect helps in conservation management, especially since these are human-dominant areas. It can help in organizing land-use planning, and maintaining a forested area based on resources.

What risks do you face on a normal day at work?

Calculated risks. Since I observe elephants directly and watch them behave naturally, I have to maintain a safe distance so that I don’t disturb them. Even when elephants are used to a human’s presence for long, they can be quite skittish. It’s fight or flight for them. We have to spend time understanding each individual elephant, how to approach it, where to study it from. They eventually do relax and give you the opportunity to observe them. Cameras make it easy—elephants are low-risk here. We have lost cameras, but most of the time they’re stolen by humans.

These elephants would love to break the barrier and raid this banana plantation. Photo: Nishant Srinivasaiah

did you know, wildlife facts

Quiz: What are these animal groups called?