The Common Tailorbird Stitches its Magic

In urban gardens, the petite tailorbird can be found using its fine beak and innate skills to sow leaves together to build a cradle-like nest

A few years ago, as a new birdwatcher, I was sitting on my balcony in Delhi when a small bird caught my eye. It swooped down on a spider web, caught the spider and ate it. This was fairly ordinary bird behaviour I thought. But as I was about to look away, the bird did something extraordinary. It started to pull at the spider web and took away the silk to a nearby tree. I was intrigued.

What I had just witnessed was the small, shy and elusive tailorbird building a nest on the kanak champa (Ptserospermum acerifolium) tree nearby. Immortalised in Rudyard Kipling’s Jungle Book as the character ‘Darzee’, this bird, as its name suggests, stitches its own nest with leaves and insect or spider silk. The edges of a large leaf are sewn together with plant fibre or insect silk to make a sort of a cradle inside which the nest is built.

The common tailorbird is a small bird with an upright tail, green upper body, and rust-red crown. For the next few months, observing the tailorbird became my new hobby. I noticed that the tailorbird usually prefers trees with bigger leaves for nesting. The nest is a deep cup lined with soft materials and placed in thick foliage, and the leaves holding the nest making it difficult to spot. The piercings that are made to the leaves while stitching are quite minor, which is why the leaves don’t brown. Overall, it makes for a perfect defence mechanism for the security of the nest.

As the tailorbird finished making the nest many others started flocking around the tree in a bid to attract her attention for mating. I noticed that normally males and females do not have any kind of sexual dimorphism (they look the same), but during breeding season males sport extended central tail feathers and a more vibrant green. 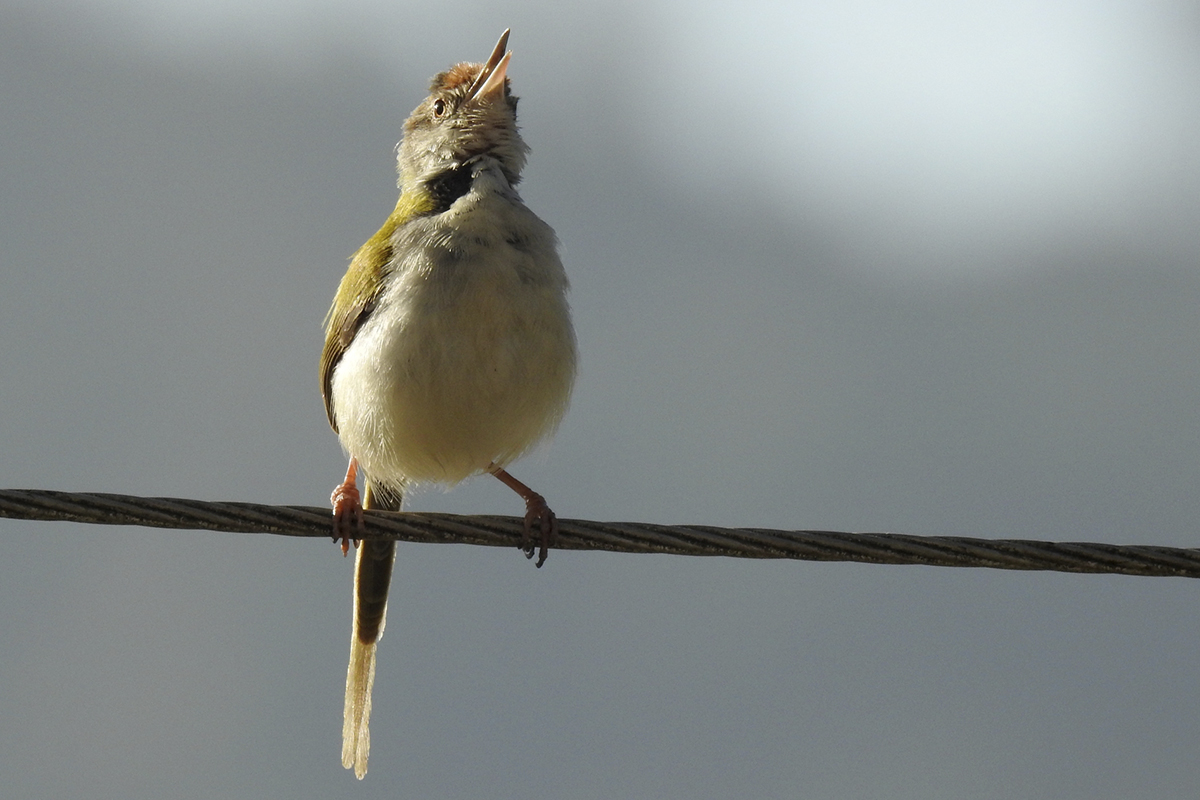 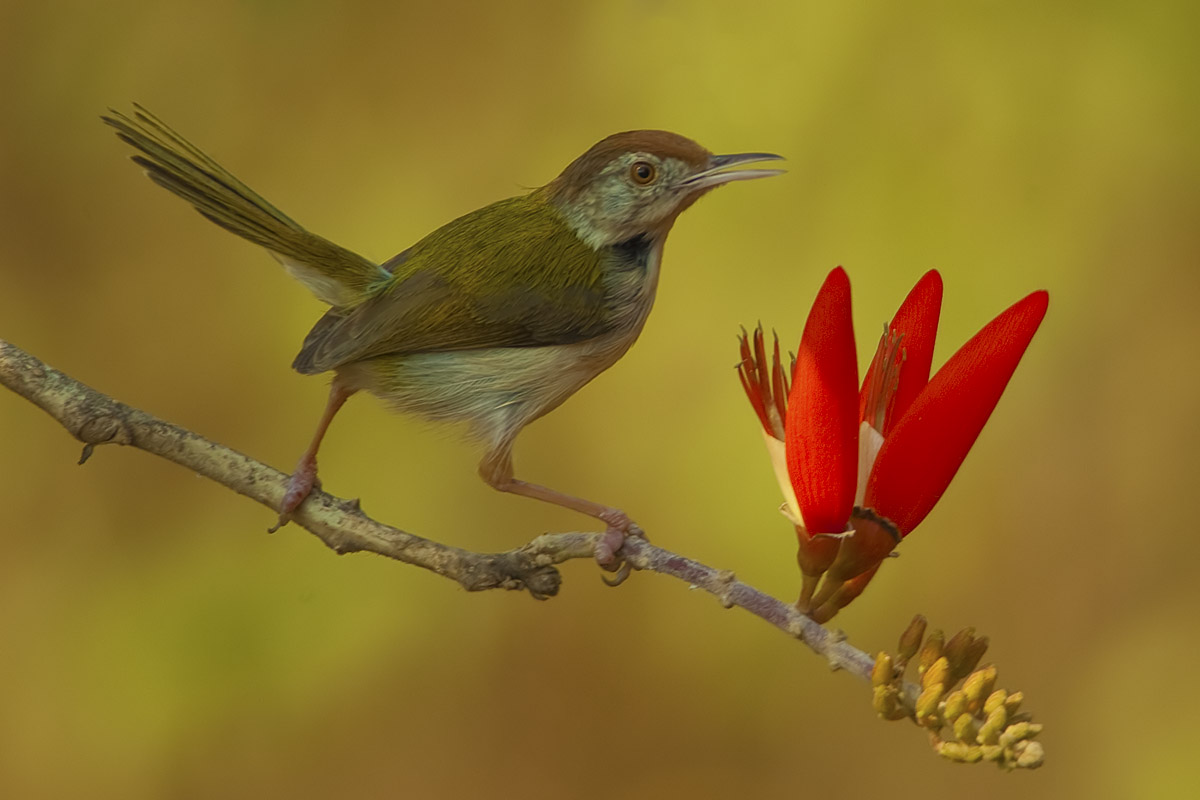 In the mornings I would get up earlier than usual, quite an achievement for me, just to see the tailorbird hunting for food. They are found individually or in pairs, usually low in the undergrowth or trees, sometimes hopping on the ground. This species is primarily an insectivore, feeding on insects like butterflies, dragonflies, beetles, grasshoppers, worms etc., but they also relish fruits and berries. They are attracted to insects on flowers, and are known to favour the inflorescences of mango. The latter I found out the hard way, when she started to attack the mango tree next door.

These birds also like to visit flowers such as those of red silk-cotton tree (Bombax ceiba) for nectar. This tree was a major part of the Lutyen’s Delhi planning era and was planted in several different locations. Other small birds like the purple sunbird are also seen on this tree for nectar.

This particular tailorbird would return to its nest covered in pollen, giving it a golden-headed appearance at times. It was a wee ball of energy that flittered around in a swift manner to forage for food. As it found its mate, both of them would prefer to look in small bushes and even trees and sometimes hop on the ground in search of crumbs of food that had been discarded by other beings. Basically the bird is an opportunist — a trait which goes a long way in urban settlements where several species are competing for a home and food.

According to written records, tailorbirds usually lay a clutch of three eggs, however, the one I saw had two. There could be various reasons for this, but I guessed that one egg could’ve either been eaten by a predator or it had naturally laid 2 eggs to begin with. The male fed the incubating female and would often bring her insects.

Often seen in urban gardens, the common tailorbird is named after the unique way it stitches its nest using leaves and natural fibres from plants or silk from a spider’s web. Photo: Rison Thumboor – CC BY 2.0

Once the eggs hatched, I noticed another interesting behaviour. Both the male and female took turns in feeding the young. The young birds fledged in about 14 days with cries of hunger echoing the urban garden. In general smaller birds mature faster as their lifespan is lower compared to large birds. Like an ideal tag time, both parents took part in feeding and sanitation, where they would also rid the nest of any excreta.

As the two juveniles grew, they started accompanying their parents on short little trips where the parents would teach them how to hunt. The juveniles were often stationed in small bushes where they could see what the parents were doing. The parents would then catch insects and the juveniles would watch, learn, and then cry for food. This was more of a teaching experience for these young birds. In no time, they started imitating their parents and eventually learnt to be on their own. When the parents thought their kids could handle being alone, the birds mutually parted ways, bid adieu to their happy home, and flew away. And with that, my tailorbird watch came to an end, though I went on to observe bird behaviour more closely, and even took it up as a profession. 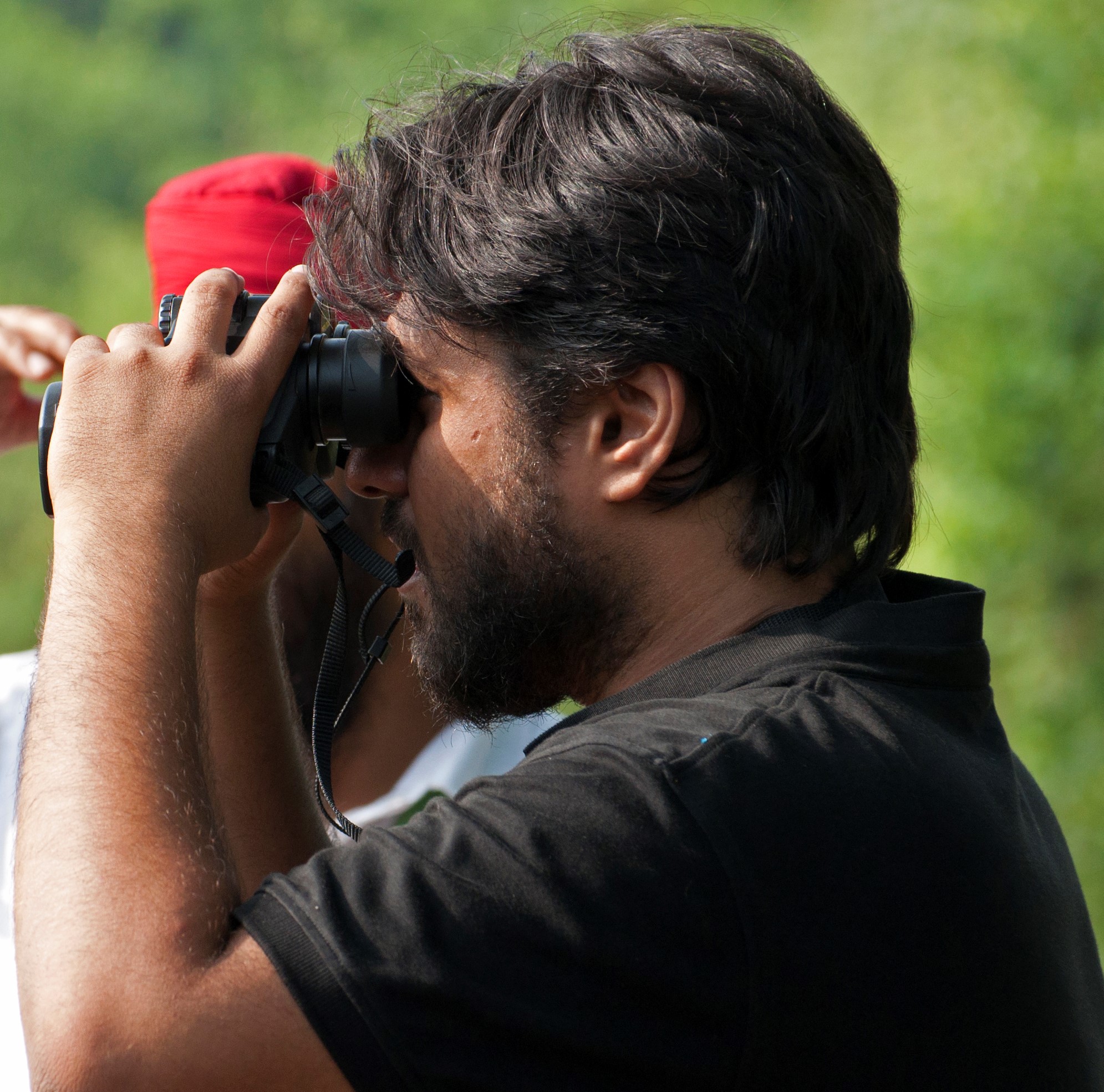