Hesaraghatta Lake and the Savannah of Silicon City

Are well-meaning birders, photographers, and visitors destroying the very lake and landscape they so love?

Techies in Bengaluru, spend a fair amount of time daydreaming through articles that fit the “10 places around Bengaluru you must visit” genre. When the weekend finally comes, many flock to a place that features prominently on most of these lists — Hesaraghatta Lake. Whether you are planning a morning of birding, a moderately long bicycle ride, or looking for a place to test the validity of the “off-road” sticker on a car, Hesaraghatta Lake plays host to an unlikely combination of enthusiasts.

The story behind this iconic lake starts in 1894, when Sir K Seshadri Iyer, the Dewan of Mysore, envisioned a reservoir that could store enough water to meet the city’s needs for three years at any given time. The result was a reservoir that was a little over 1,000 acres (4.5 sq km). This waterbody served as Bengaluru’s singular water source for over a century, until the 90s when rapid urbanization caught up with the mighty lake. Having been full only a handful of times over the past three decades, Hesaraghatta is well past its prime when it comes to meeting the needs of a city with an unquenchable thirst for development. However, the majestic lake now supplies the city and its residents with a host of other services.

The grasslands of Hesaraghatta, surrounded by patches of trees, turn to a lush green shortly after the monsoon. Photo: Samuel John A grey heron wades through Hesaraghatta Lake at sunrise. The lake is a great escape from the hustle of Bengaluru city and a perfect day trip for bird enthusiasts. Cover Photo: Samuel John

Is it a lake? Is it a grassland? It’s a super habitat!

With a capacity for over 28 million cubic metres of water, Hesaraghatta Lake became a stopover for migrating birds and a haven for resident water birds. A morning of birding at the lake is an extremely rewarding experience for all the senses. The soft warmth of sunrise slowly wakes the birds roosting around the lake. Kingfishers dive bomb in the waters, drongos use cattle as surfboards, white-bellied herons glide along the surface of the lake, and storks float in from above. Amidst all this an ibis wades into the water against the backdrop of a patient pond heron playing a game of statue.

The far side of the lake is popular among birds-of-prey enthusiasts. The row of trees is home to everything from the large changeable hawk eagle to tiny owlets that curiously come out to investigate the clicking of camera shutters. Vultures can be seen circling above as booted eagles reward patient birders with a picture-perfect hunt.

A walk through the grasslands reveals a new world. Bee-eaters swoop in and scatter butterflies. Dragonflies float over large networks of ants. Shrubs engulfed by webs are the homes of social spiders; while spiders are typically solitary creatures, some species of spiders live in communities. A distant sound of a peacock can be heard. Trees nestled in the grassland play host to nests of the baya weaver. During the mating season, male baya weavers live up to their name by weaving intricate nests. Females of the species inspect these nests and choose to mate with the male that has shown the most architectural prowess.

It would come as no surprise to anybody that has frequented Hesaraghatta that 248 species of birds have been reported from this oasis (according to eBird data). While this number reflects the diversity of life in and around the lake, few words or numbers match up actually spending a morning on its shores.

A group of birders (left) are seen walking through the grasslands. Choosing to walk instead of drive through this habitat is a great way to fully experience all its natural wonders. An Indian roller flies over the grasslands at Hesaraghatta (right). Vibrant birds like the roller attract hundreds of photographers on weekends. Photos: Samuel John

The thirst for adventure

In addition to those in pursuit of birds, the lake is also frequented by enthusiasts looking for a shot of adrenaline. At the peak of my ignorance about the natural world, a friend and I found ourselves following through on the advice of an online article for places to take your mountain bike. Excited by the thought of all the spectacular mountain biking stunts that we were completely incapable of doing, we set off to cycle around the Hesaraghatta lakebed. As we approached the lake, we were cautioned by a member of the local village that a leopard and her cubs had just been spotted there the previous night. The idea of a leopard being anywhere other than in a “protected area” like a tiger reserve or a national park seemed almost unbelievable. For someone who spent his entire life in the bubble of city life, it was hard to fathom a leopard sharing a space with people around their homes. Through the many years since that bike ride, I have learnt a couple of valuable lessons.

First, while there is an obvious concern of humans encroaching wild habitats for development, there are also many spaces around our country where wildlife and humans from local communities coexist.

Second, like my bike ride, there are still many visitors that have little knowledge of the sensitivities of this fragile and depleting habitat, and unknowingly harm it.

Hesaraghatta Lake is one of Bengaluru's top birding hotspots. It attracts photographers in pursuit of picture-perfect moments such as this black drongo (Dicrurus macrocercus) (left) and black kite (Milvus migrans) (right) striking a pose around the lake. Photos: Santanu Banik/Shutterstock

Over the past decade, the increasing popularity of the lake has introduced wheeled beasts that trample the land rather indiscriminately. Off-roading enthusiasts come looking for challenging terrain, while others drive up to shade trees to set up a picnic. A new and growing demographic are birding enthusiasts that believe it is easier to get close to a bird from the inside of a car than on foot. These categories of visitors have left Hesaraghatta with a huge scar in the form of a 43-kilometre-long vehicle track that has either disturbed or destroyed about 136 hectares of the lake’s habitat. A study estimates that about 25 kilometres of this track has been contributed by photographers.

While the growing interest in the natural world is a refreshing trend, wildlife photography at all levels has become infamous with finding any means to an end. The same report, on the impact of birding enthusiasts on the habitat and its residents noted some rather disturbing observations. The maximum number of vehicles were noted on a day when a rare bird (the European roller) was sighted. The bird was chased from perch to perch until it was tired and presumably became a less dynamic subject. The peak in vehicular traffic coinciding with the sighting of a rare bird indicates that bird enthusiasts have effective and timely means of communicating with each other. These typically take the form of social media groups and online forums. Perhaps these forums could now grab a valuable opportunity — to communicate and hold healthy discussions on ethical and non-intrusive ways to document nature.

The lake harbours all manner of lifeforms. There are smaller winged wonders such as the common blue bottle fly (left) and common jay butterfly (right) that flutter in the vegetation around. Photos: RealityImages/Shutterstock (left), Samuel John (right)

The cars and SUVs that plough through Hesaraghatta not only stress its wild residents, but damage a delicate grassland ecosystem that is already feeling the pressures of urbanisation in its immediate surroundings. This could be solved if those of us who are interested in the birds of Hesaraghatta also spent time to understand the nature and ecology of the lake they call home. This is knowledge that could lead to more informed and meaningful interactions with nature in and around the lake. It is important for those who already have some spark of appreciation for nature to come together as we take on the larger issues that affect Hesaraghatta and our natural world at large.

The mighty Arakavathi River once fed 375 storage tanks and 45 tanks including Hesaraghatta. These water bodies in turn met the needs of human settlements around them. However, over the past two decades, the river has struggled to fill 90 per cent of these tanks. It is a river that has been encroached upon by builders, choked by industrial pollution, and disfigured by sand mining. Over 200 industries discard their effluents into the river around the Doddaballapur area and the polluted water continues to pick up more waste as it meanders down to the Thippagondanahalli reservoir. Government regulations restricting any commercial activity within one kilometre of the river’s course aren’t implemented. As a result of these significant land changes, we’ve managed to affect the very course of the river.

A view of the night sky near Hesaraghatta, Bengaluru, with the glow of city lights in the distance. Photo: Suman De/Shutterstock

In these times of rapid ecological change, I hope that those of us who have spent hours or entire days basking in the lake’s tranquillity, find it in us to stand up to these larger systemic disturbances in any way that we can. 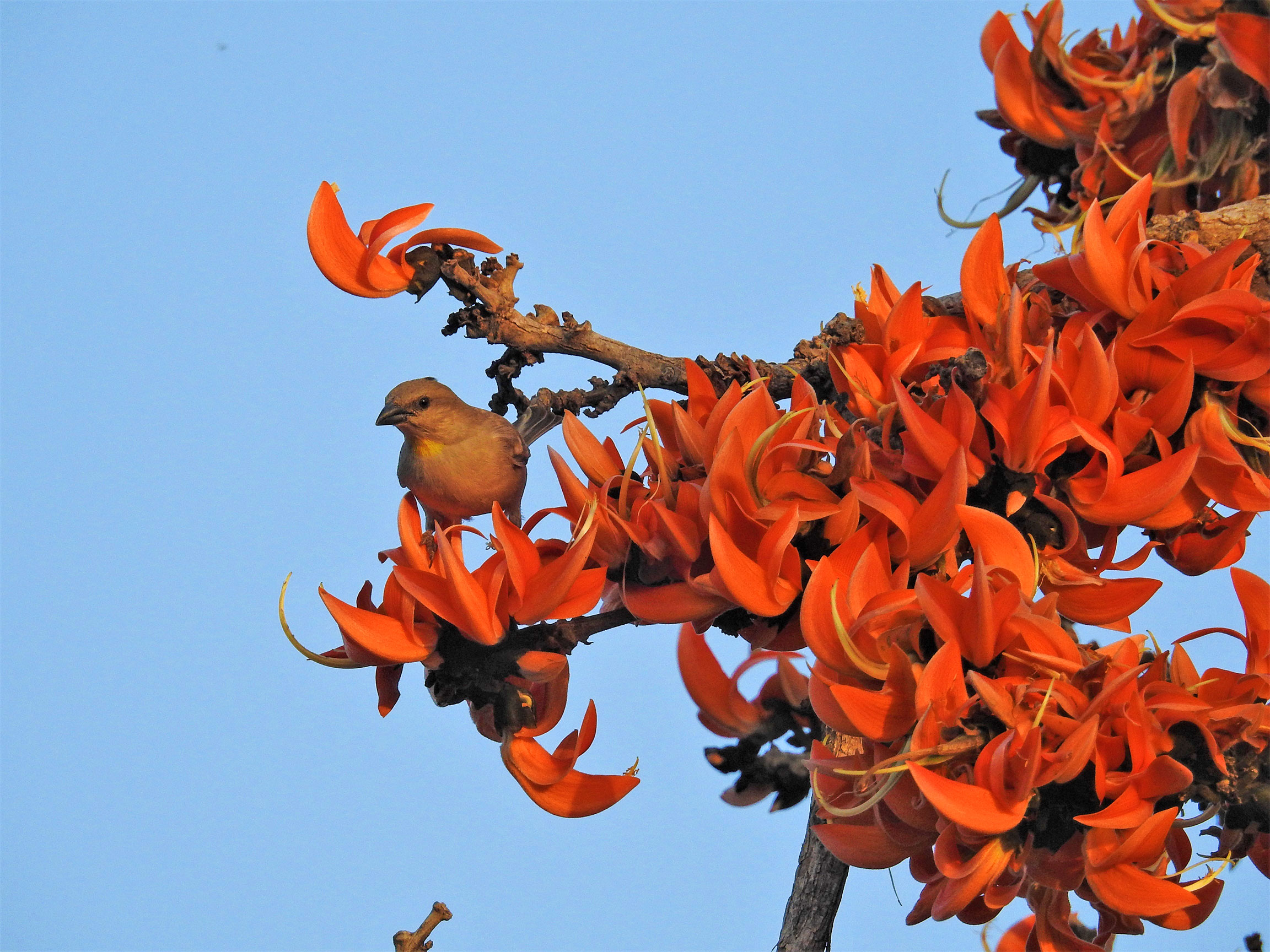 Sharing Spaces with Wild Life on a University Campus

Urban Cacophony of the Heartening Kind