A little terrace in Bengaluru glows with wildness and tranquillity, and brings home the lesson that your very own Zen garden does not have to be an immaculately tended space 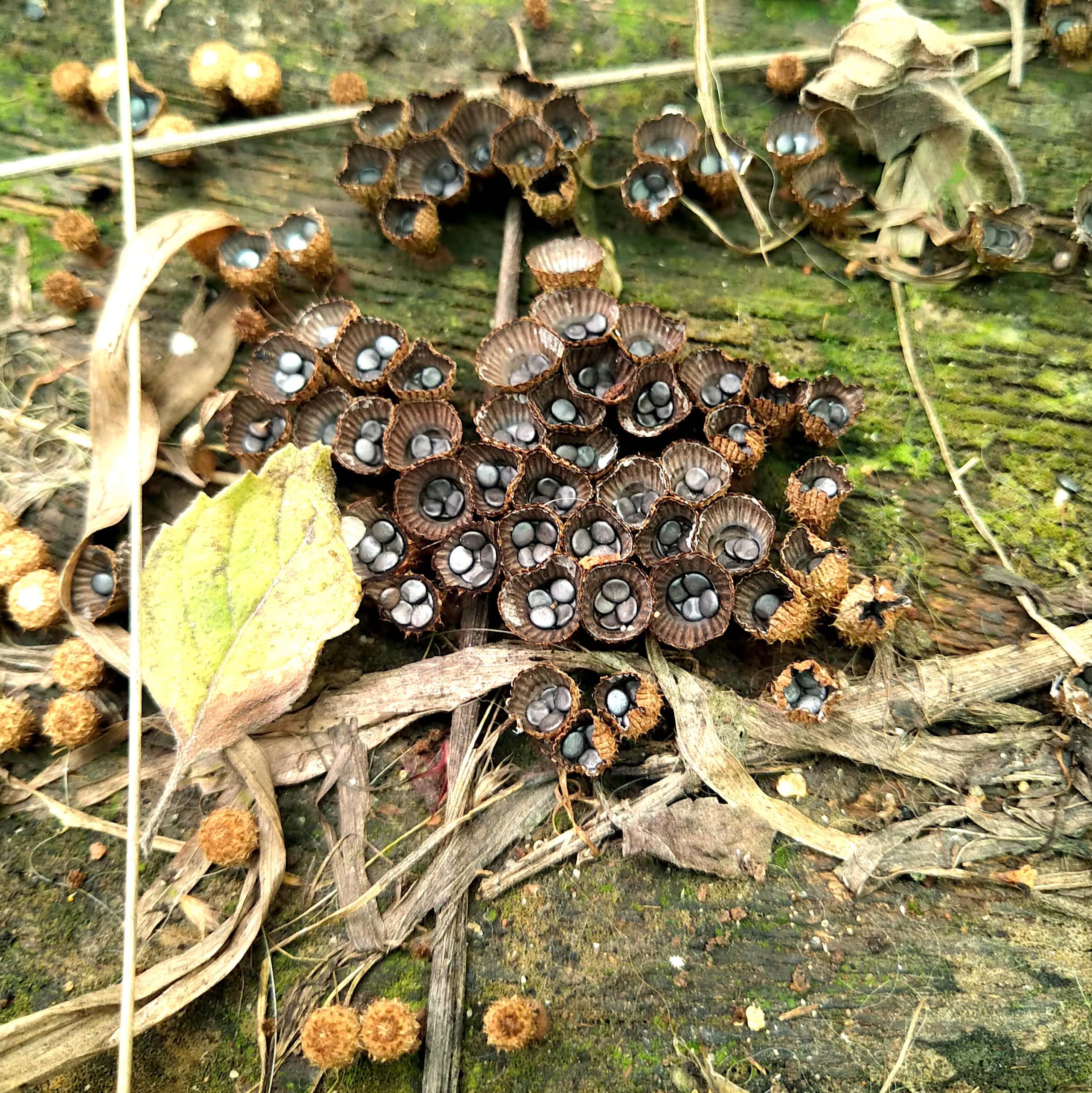 Like a hedge gone wild or a forest reclaiming a patch of land, when wildness moves in, it brings unexpected changes. Unlike wilderness, wildness can also refer to character rather than a place. Around 2015, I moved out of my folks’ place and found myself a nice little house accessed via a terrace. It overlooked the canopy of a copper pod tree on one side, and concrete buildings on the other. I had just wound up fieldwork along the Cauvery River where I was studying otters, and I would often joke that the otters were doing far better than me!

One of the first things I did after moving into my new place was to find myself a canine friend from the animal shelter. Noah, a German Shepherd mix, was as untamed as a city dog can get. There was a certain wildness about him that riled up other neighbourhood dogs. And as a friend once politely put it while referring to Noah’s human victims, “Noah is the single greatest source of human-wildlife conflict in this part of town”. Noah was initially unpredictable and aggressive, but never towards me. In fact, his innate “wildness” of character endeared him to me.

Native bamboo and wild sorghum dominate the terrace garden along with an assortment of other grasses. Photo: Nisarg Prakash
Cover photo: These ephemeral fungi appear only during the humid weather of the monsoon. They disperse spores with the falling rain and disappear as the weather turns dry, only to reappear again with the next monsoon. Cover photo: Nisarg Prakash

As my fieldwork shrunk to sporadic trips, I was spending increasing amounts of time in the city. Far longer than was good for me. That’s when I began toying with the idea of creating a little wild patch where I lived. Some greenery to mute the greys, and more importantly, to tame the blues that had moved into my head. I was not looking for a traditional, tended garden but something with a character of its own, in an unkempt, disorderly way. This involved scavenging junk looking for containers that could hold soil. While I had planted saplings before, I was never totally immersed in it; I could barely even name the plants I was looking at. The next few years were a lesson in what a little soil can do, the life it is capable of holding together, and importantly, the art of waiting.

This little wild patch would come to reflect the wilderness inside my head — an anarchy of everyday life. I soon got a crash course on soil seed banks (the natural storage of dormant seeds), when I saw grasses coming to life out of nowhere in just a few weeks. It seemed like life had emerged from thin air, but unknown to me, the seeds were already there waiting for the right conditions. I saw it as the soil trying to express itself. I made some additions, a native bamboo sapling, an exotic aloe, and a climbing passionfruit. But “place of origin” meant little in a place as foreign as the urban terrace where these plants now were. Both the bamboo and aloe would come to play very important roles in the months and years ahead, for other plants and birds. I’m not known for my patience, but this green patch demanded a lot of it. I would often forget that I had pushed some vegetable seeds into the soil only to be surprised when I saw tender, green shoots poking their heads out. Like my patience, my culinary skills are primitive and there was no hope of using any of the produce from this wild patch which at times included, kale, herbs, tomato, potato, onion — stuff that is generally helpful in a normal kitchen. But I would just let them grow without harvesting, and after a while stopped planting them entirely. There were plenty of what biologists would term “weeds” growing of their own accord without any help, competing with some of what I had planted. But it was the grasses that truly thrived and outcompeted everything else. I let them grow, for what a sight it is to see them flowering! Sorghum appeared from nowhere, and the stalks grew to over seven feet tall with a crown of seeds. Bamboo towered over everything else, topping 10 feet. The passionfruit used the bamboo to reach out to the sun, flowering in the process and producing many crops of fruits.

Sitting in the garden, I would often hear the unmistakable calls of the ashy woodswallow and would also see them huddled together on the powerlines. Photo: Kalyan Varma, CC BY-SA 4.0

It wasn’t just the plants that took root. Spotted munias come for the sorghum and grass seeds. Purple and purple-rumped sunbirds drink themselves merry over the nectar from the aloe flowers every summer. Great tits investigate every nook and cranny, often picking up Noah’s fur for nesting material. I can track the seasons by the annual cycle of the grasses. There are well over eight species of grasses growing, flowering, and dying; bamboo was the only one I planted. During the night, Indian scops owls can often be heard calling from the copper pod tree while barn owls screech overhead. Treepies cackle away during the day exploring the neighbourhood, one tree at a time. Tailorbirds visit, sing while perched on the bamboo and leave when the concert is done. The once common spotted owlets I saw have disappeared strangely, and a pair of shikras patrol the territory. Ashy woodswallows are evening regulars near the overhead high-tension power lines. Among the uncommon birds, I’ve seen the Indian grey hornbill on the copper pod tree a couple of times.

The crown jewel of this space has been a humble fungus with miniscule, upturned cups like a bird’s nest with eggs inside. These bird’s nest fungi magically appeared one monsoon, growing on rotting wood and would open their cups during the rains and close them when humidity drops and the air gets dry. The eggs in the cup are spores that are ejected when rain strikes the cup. How they appeared on the terrace is a complete mystery to me. Were the spores already on the substrate waiting for the right conditions to poke their heads out?

Sorghum (left) grew easily and fast on my terrace, while I also harvested many a crop of passionfruit (right) that had climbed over the bamboo. Photos: Nisarg Prakash

I’m amazed by how this limited real estate space has harboured so much: ephemeral fungi, smaller than the size of a pencil head; cactus-like dragon fruit; elegant grasses; native bamboo that provided support for the passionfruit; another cactus that flowers once a year putting out a delicate yellow blossom for only a few hours; a struggling colocasia; some sedges that arrived unexpectedly; lemon grass with blades so sharp they can cut your finger; a veritable pot of nectar of aloe vera which sent up with flowers like an elaborate candlestand; tall stalks of sorghum; stately plumeria, among others. I didn’t work the soil, only watered it. I devised my own barometers to judge when the soil is dry. When the bamboo leaves curl up as if expressing themselves but mostly to reduce water loss from transpiration. Or when the grasses look somewhat dazed, I hurriedly fill a bucket and give them some respite. They are happiest in the monsoon, undoubtedly, and show their vigour during this season.

Noah is the gardener, seed disperser and guardian of this little wild patch. Grass seeds love his long, bushy tail and hitchhike on him around the house and neighbourhood, while his fur layers nests of many a little bird.

Like the birds and the bees that visit this wild patch, Noah belongs here too. In his own way he helps — by just being there, by dispersing grass seeds, freely handing out tufts of hair as nesting material for the many birds that visit, and even fertilising the plants when no one is watching! I realise the impact this little green patch and Noah have on my own mental wellbeing. The greens and browns of this wild place and Noah have carefully and slowly replaced the blues of the mind and made life in the city bearable. Winter evenings, I look at the drying, brown grass, the fungi long withered and gone with Noah by my side, and I know the cycle of life will start all over again around us. Sunbirds and flowerpeckers will start singing their story again too. What seemingly looks unkempt and un-gardened, is my last wild place.