Shells, quills, and scales are helpful adaptations that protect creatures from predators

Almost impenetrable scales, needle-sharp quills, and rock-hard shells: the animal kingdom’s inhabitants sport a wondrous array of battle-ready armour. To combat predators and the forces of nature, mammals, insects, and reptiles don a variety of protective shields. While apex predators like tigers and crocodiles rely on their immense strength, sharp teeth, and claws to hunt and protect themselves, it is often the teeniest and most defenceless of creatures that sport the toughest of armours in order to survive the wild. Keep an eye out for these incredible armoured species found in India.

The Indian pangolin is poached for the very armour that protects it from other predators. Due to widespread killing and a decline in numbers, the government has accorded it the highest levels of protection under the Wildlife (Protection) Act of 1972. Photos: Ansar Khan

The next time you stumble upon a pinecone, look again. If you’re in a tropical forest, chances are that the pinecone is actually a pangolin that’s curled up into a ball to protect itself from danger. The Indian pangolin is a shy and elusive creature found in tropical areas. Covered in hard scales made of keratin, the pangolin looks tough, clad in its suit of armour, but in reality it is toothless and quite defenceless. When threatened, their only recourse is to roll themselves up tightly. Though a pangolin is just a fraction of the size of a mighty tiger, even predators like large cats cannot penetrate their thick scales. The nocturnal creatures have a small head, pointy muzzle, claws, and tail, lending them a distinctly reptilian appearance, but they are actually mammals. Unfortunately a pangolin’s armour cannot protect it against human trafficking, and the small burrowing mammal is extensively hunted across Asia for its scales and skin. 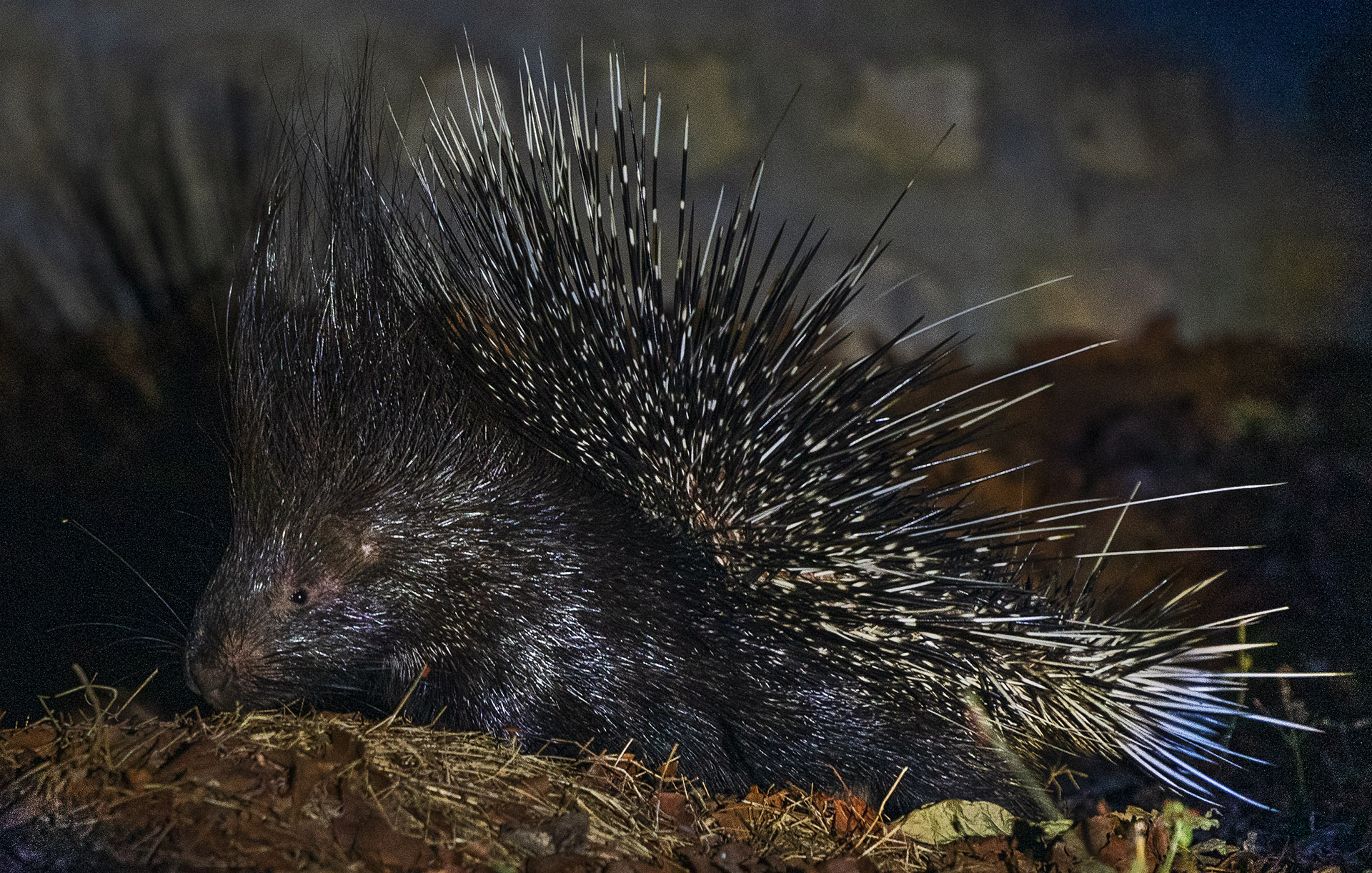 Until a porcupine senses danger, its sharp quill lie flat, and stick out straight at the sign of a threat. It was once wrongly believed that porcupines can shoot their quills at predators, but they do detach easily when touched. Photo: Dhritiman Mukherjee

Small and often noisy, porcupines are easy prey in the wild. To avoid ending up as a predator’s next meal, the prickly rodent has employed an ingenious defence tactic. The weapon of choice? Its needle-clad armour. To fight off an attacker, a porcupine will ram its spiky backside into its predator, leaving the larger animal looking like a pincushion. Slender, sharp quills cover the body of the porcupine, protecting it against predators in the fields and forests it inhabits. The rodent can control its keratin quills, raising and lowering them as the occasion demands. Under threat, the animals will raise its quills to appear larger. It can also vibrate hollow quills to create a rattling sound as a warning to predators. Once out of harms way, they flatten their quills against their body. Porcupines often shed their quills, and it’s common to chance upon these fallen needles in areas where the creatures live.

The olive Ridley turtle gets its name from the colour of its shell — an olive greenish hue. Photo: Dhritiman Mukherjee 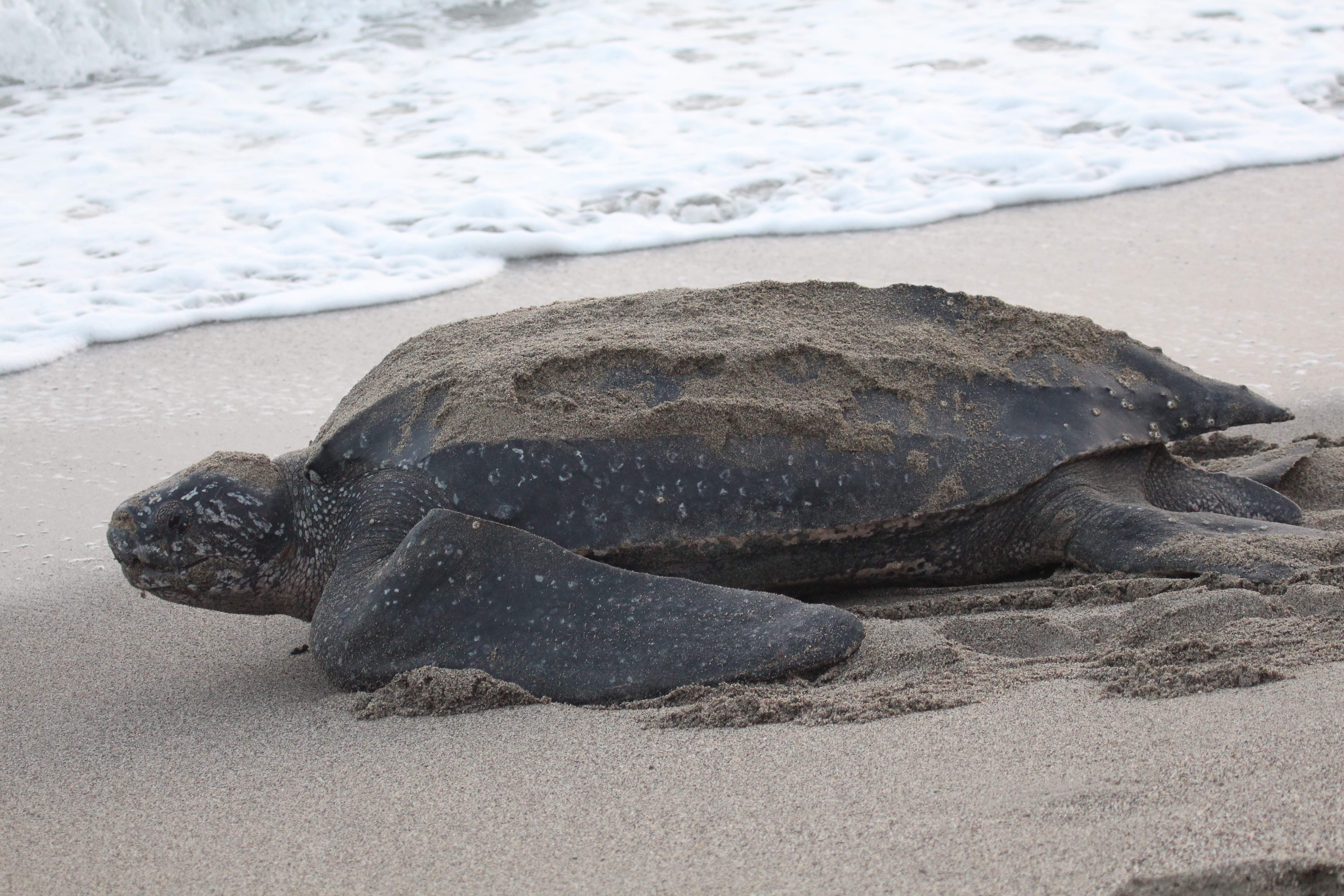 The leatherback turtle is the largest of all turtles and can weigh over 700 kgs, with the shell that can be up to 2m long. Photo: Alastair Rae — CC BY-SA 2

Have you ever wondered how leatherback and olive Ridley turtles get their names? For the answer, we only have to look to their shells. A leatherback turtle’s shell texture is leathery and softer in comparison to other sea turtles. An olive Ridley turtle’s shell sports a distinct olive hue. There are more than 300 varieties of turtles found across the world. Each species’ shell may differ in texture, style, and colour, but serves a common purpose: to act as an armour for its internal organs. The hard carapace is part of the skeleton, fused together with the spine and rib cage, and covered in a series of plates called scutes. Turtles may be slow on land, but an adult turtle’s solid shell protects it against faster predators.

Photo: A tortoise beetle gets its name from its ability to retreat into its shell like a tortoise at the sign of danger. Vengolis — CC BY-SA 4.0

There is no need to get alarmed by a stag beetle’s jaws. Stag beetles use their antler-like jaws to fight rivals, and not necessarily bite. Photo: Youngku Lee/Pixabay 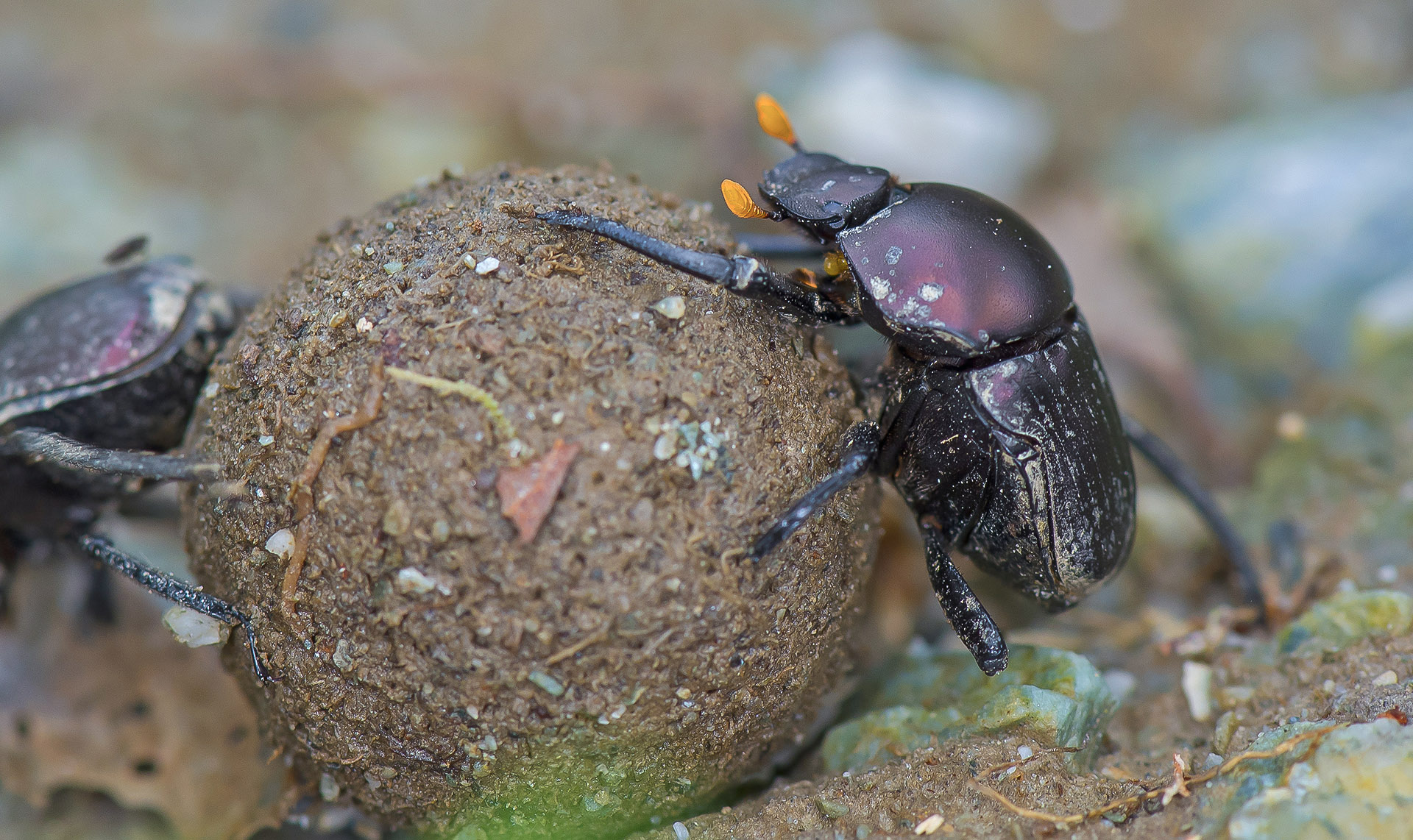 True to their names, dung beetles feed mostly on feces, and are known to carry weight that is more than 1,000 times its own bodyweight. Photo: Dhritiman Mukherjee

Beetles are unique insects with plate-like armours and sheathed wings. Beetles have two pairs of wings, but the front wings (elytra) have hardened to form protective sheaths, covering the fragile hind wings, which they use to fly. India is home to a vast variety of beetles, many of which are named for their distinct armour or other physical characteristics. True to their name, elephant beetles are massive creatures, at least in the insect kingdom, and the males have protruding horns. Tortoise beetles are named for their dome-shaped exoskeletons, while stag beetles have jaws that look like antlers.