Education, conservation and community go hand in hand in an educational experiment on restoring orchids in Vythiri, Kerala 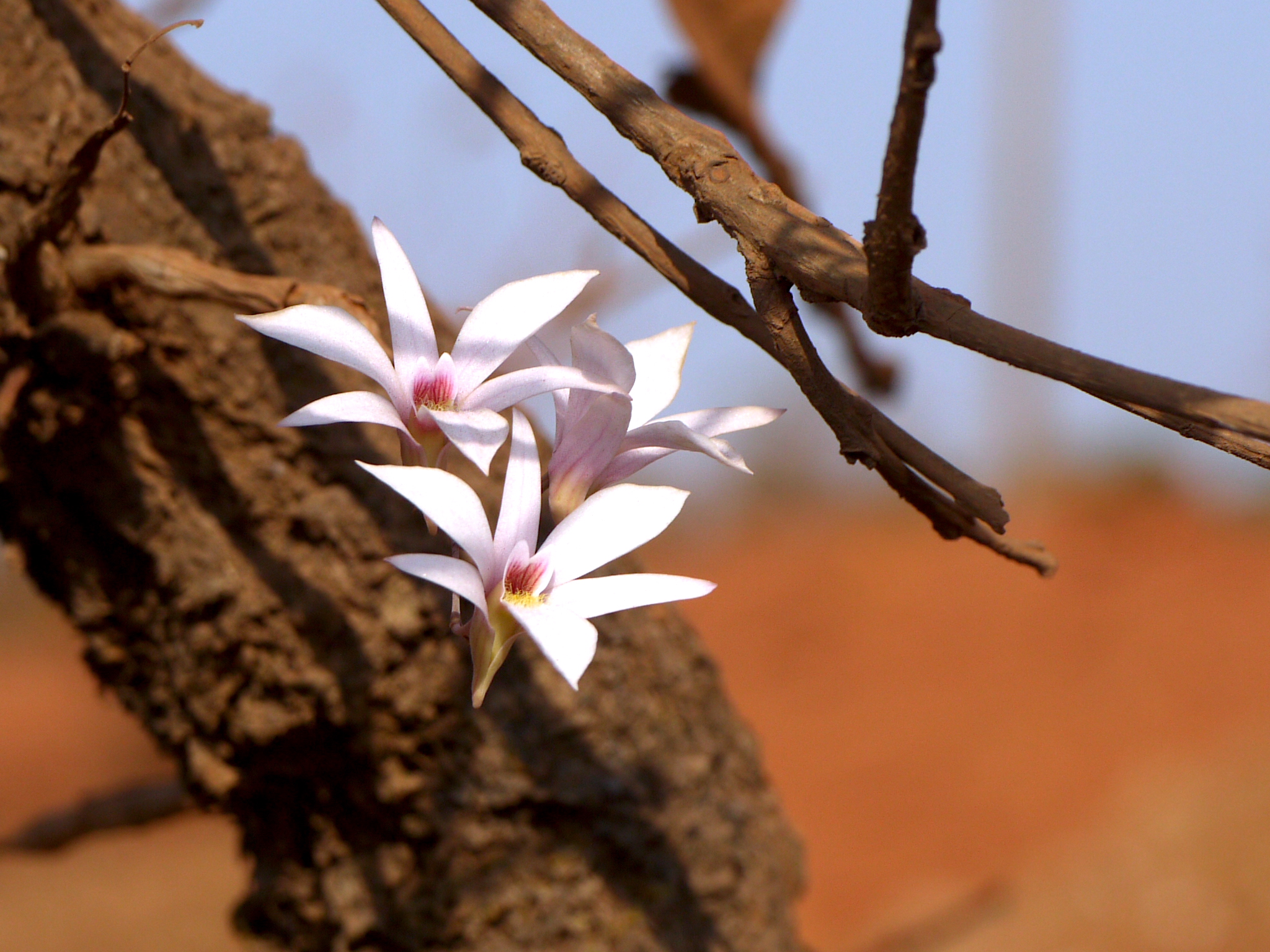 A group of school students and experts are walking through a dense forest, notebooks in hand. They stretch their necks to observe tall trees or bend to pick up something from the ground. The students are from the government school in Vythiri, Wayanad, Kerala on a daylong session to learn about the conservation of wild orchids in the Western Ghats. The session is conducted by Dr Giby Kuriakose, associate professor, Sacred Heart College, Kochi and Jis Sebastian, a WWF Prince Bernhard Nature Conservation scholar and PhD scholar at Madurai Kamaraj University.

Wet evergreen forests like the Sirsi forest in Karnataka offer the most valuable conditions for the growth of orchids, especially in the lower and mid-altitudes. Photo: Nirmal Kulkarni Cover Photo: In north Kerala, the bearded lip orchid (Dendrobium barbatulum Lindl) displays larger flowers with a creamy centre whereas in the southern part of the state the flowers are only three-fourths the size and have a green throat. Cover Photo: Dinesh Valke / CC BY-SA 2.0

The tropical forests of Western Ghats, with a vast range of climatic and topographic features, are an important biodiversity hotspot containing more than 30 percent of the floral and faunal diversity found in India. Orchids are one of the largest families of flowering plants. In the Western Ghats, they are also one of the largest endemic plant groups and comprise about 40 percent of the total plant species recorded there.

Orchids are classified into epiphytes (that grow on tree trunk and crown), terrestrial (grow on the ground), and lithophytes (grow on rocks). Orchids from the family Orchidaceae are the most successful group of plants among the epiphytes. According to an article by Jis Sebatian entitled Into the World of Orchids, in the Mystic Canopies of the Western Ghats: “In evolutionary science, recent concepts suggest that terrestrial orchids climbed trees with time in search of light and nutrients and became epiphytes.” They regulate canopy climate and, thus local climate, she adds.

The Western Ghats comprise numerous hilly tracts, and in the south, many have been transformed into tea, coffee, or cardamom estates. These estates retain a few natural growing trees as shade plants and epiphytic orchids grow on them. The orchids derive nutrients and moisture from rain, air, and the debris accumulated around them, and have specific requirements in terms of support, climate, and habitat.

About 259 species of orchids are found in Kerala, of which around 95 are endemics of the Western Ghats. Others have a wide Indian distribution. Dr Kuriakose has studied orchids extensively and worked in a cardamom estate in Wayanad with a semi-natural environment and shade trees full of epiphytic orchids. He observed many orchids that had fallen due to wind, rain, storms, and human activities. Once fallen, they cannot survive without the support of a tree. “I started putting them back on trees. While some bloomed, others perished, which made me curious,” he shares.

He found that the orchids exhibit certain preferences for climate and location and require a specific microhabitat. Understanding these perquisites before restoring the orchids determines success.

“A single tree trunk supports a specific epiphyte and the crown will support another set, as the climatic conditions in crown and trunk are different zonation of climatic conditions. In a mature large tree, availability of microenvironment is very high, making the pattern of distribution of epiphytic orchids in different spatial scales, such as a forest type, a host tree, and microhabitats, diverse,” says Jis.

(Left) Ipsea malabarica, also known as the Malabar daffodil was believed to be extinct but was rediscovered in Silent Valley in 1982. (Right) Cottonia peduncularis (Lindl.) Rchb.f. is named because of its long peduncle (flower stalk). It is popularly known as the bee orchid as the flower lip resembles a bee to attract male bees and help in pollination. Photos: Jis Sebastian (left), Dinesh Valke / CC BY-SA 2.0 (right)

Wild orchids are very tiny, unlike the large, colourful ornamental hybrids seen in cities and gardens. The majority of wild orchids in the Western Ghats are plants with tiny flowers. “I recently got a plant (genus Oberonia) from Karnataka; its length was 2 cm, width was 1 cm, and flowers 1-2 mm,” says Dr Kuriakose. Some species are so tiny that a lay person might not be able to locate it. Most orchids get one leaf and one inflorescence in a year. Sometimes they may get two leaves and two inflorescences. In epiphytic orchids, inflorescences are mostly lateral, coming from the leaf axils, except in a few species which have terminal inflorescences. An inflorescence may contain one to several flowers.

With rapid urbanisation and deforestation many native plant species are on the verge of extinction. Dr Kuriakose realised that if steps were not taken to restore and conserve these plants, many would become extinct. He worked on creating an awareness programme and educational project to protect the area’s biodiversity. Lissie Joseph, a teacher at the Govt Higher Secondary School in Vythiri, helped develop and run the programme among 120 students in five schools between October 2016 to January 2018, through classroom and field training. Dr Kuriakose selected Krishnapriya cardamom estate for the field visits because of its proximity to the forest. Cardamom requires 60-100 percent canopies of large trees and various kinds of natural growth. This estate is spread over 50 acres in a large unspoilt natural habitat with lots of trees that are over 300 years old. 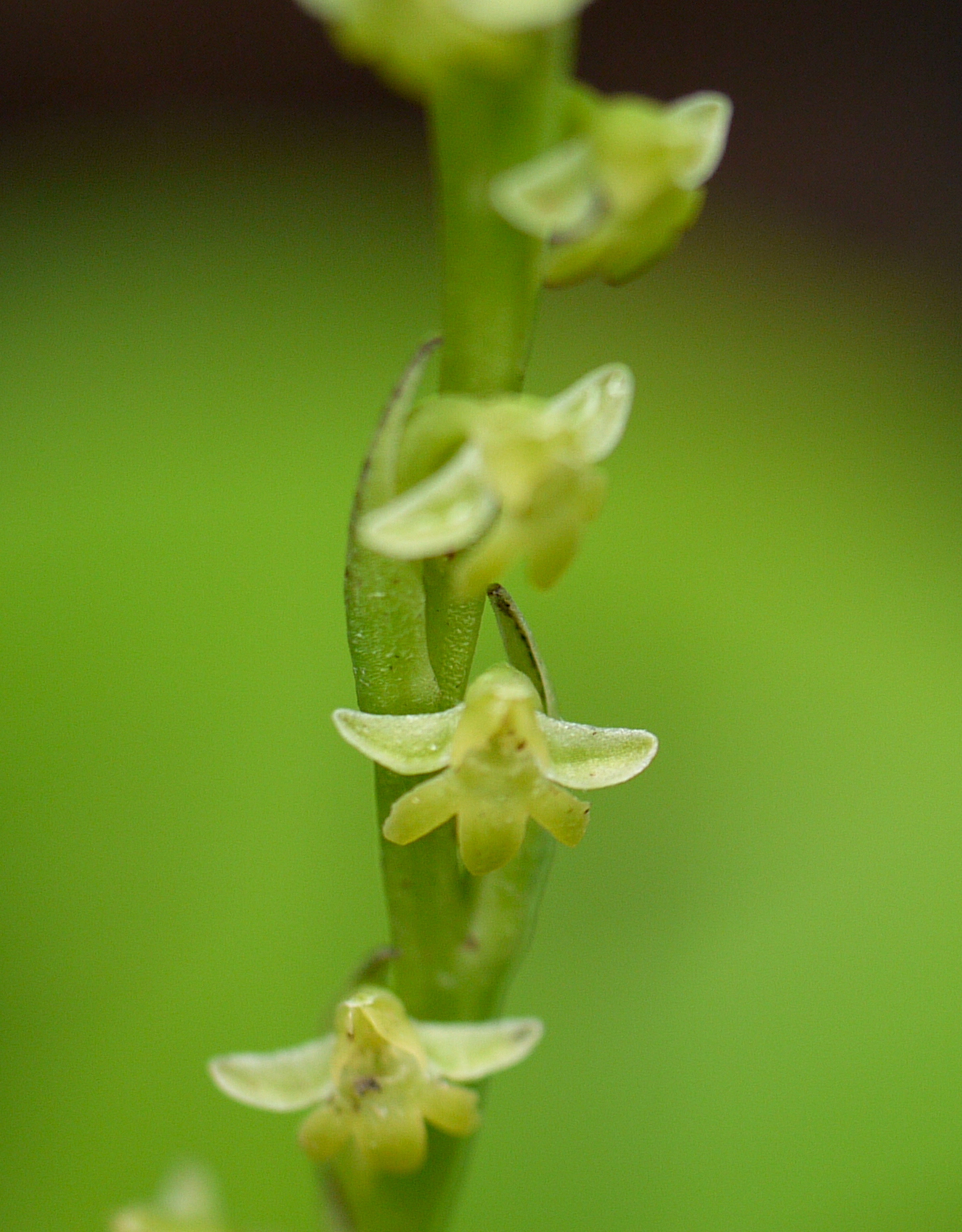 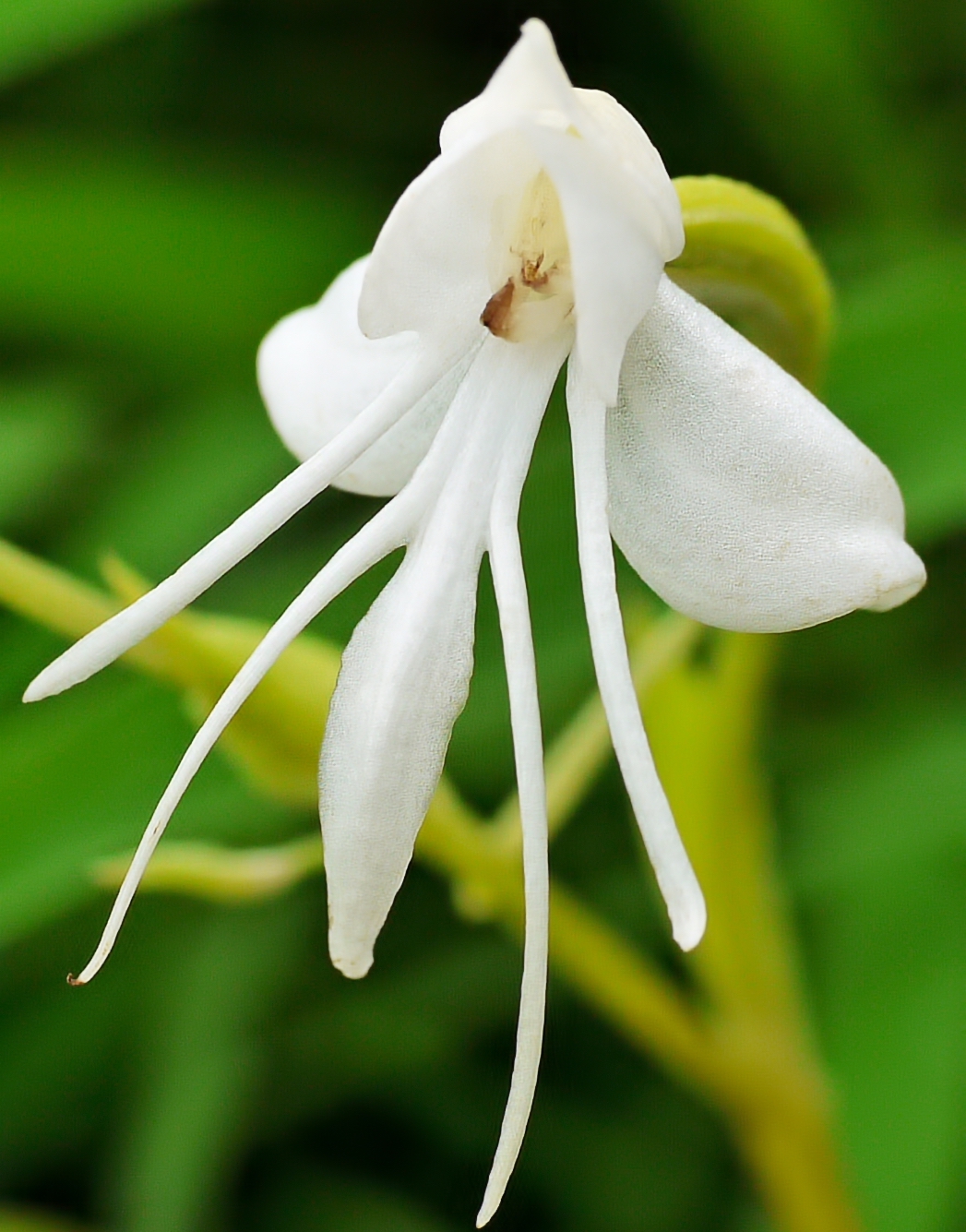 Harsha Malathy, a student who participated in the workshop says, “Though I was aware about the orchids before the workshop, but was able to identify, delve deeper, and understand the scientific aspects after the workshop. Jis Ma’am and Arun Sir helped us by describing many species, their folk names, and uses. We found Dendrobium sp., Oberonia sp., Bulbophyllum sp., Trias stocksii, Surhookera, lanceolata etc.,” she shares.

Students identified, collected, and restored to trees around 40-50 varieties of orchids. Restored orchids were tagged and observed periodically over about 16 months. The success rate of restored orchids was 90 percent. The project then rightly suggested rescue and restoration of fallen orchids as a conservation tool for habitats with orchid loss from natural and anthropogenic disturbances. These results were presented in the local media and also shared at a national conference on biodiversity conservation at Kuvempu University, Karnataka. A documentary recording the entire project will soon be released on YouTube.

Since they live close to these forests, the school students of Vythiri were quick to pick up information about the orchids in their environment. Photo: Jis Sebastian

This educational outreach programme showed that an increased awareness and interest in biodiversity in the population can lead to conservation. “It is crucial to make children aware because we are all very much a part of the natural world. Technology and innovation should assist in the conservation of natural habitats. Unfortunately, this isn’t a part of any school curriculum. Nowhere in India do we teach students about the natural world,” says Mr Ravi who owns the cardamom estate. Both he and Mrs Joseph feel these workshops should become a regular affair. “It is a learning experience for students to know about our biodiversity. Going beyond regular classroom teaching builds a sense of conservation of nature and its species.”

Conducting workshops requires funds and infrastructure. Jis plans to replicate it in other parts of Kerala. Small plantations could play a major role in conservation. Identifying organic farms or plantations that are open to suggestions, and working with them to create a sustainable strategy for conservation, livelihood, and tourism could be the way forward. “We can help generate a consistent income for these farms by combining these activities, and students and travellers could visit these farms to learn more,” she says.

is a freelance writer. She writes articles on education, environment, food, history and parenting.

Lightning and I: Encounters with a Tigress from Ranthambore

Life After Dark: The Night Shift on a Coral Reef