From 2014 to 2018, five wildlife researchers and herpetologists set out on a personal adventure. They planned to identify and document the reptile species in southern India, something they felt hadn’t been given adequate attention in the years since India’s independence.

Dotted with cardamom and tea plantations, Meghamalai isn’t a traditional choice for wildlife research. However, for many reasons, it seemed ideal. Unlike the other ranges in the Western Ghats that receives rainfall from the South West monsoon, Meghamalai was fed by the waters of both the South West and the retreating North East monsoon. This meant that the breeding season, a season for explosive growth and abundance would arrive twice; in time to synch with both the monsoons. Its effects hadn’t really been documented. “We chose Meghamalai because it is an unexplored, enigmatic landscape,” says R Krishna Chaitanya, a Bengaluru-based herpetologist and lead researcher.

Spread over a gradient ranging from 300-1800 m above sea level, Meghamalai is in a unique position to harbour widely different vegetation and physical features. In the lower ranges, there are dry deciduous forests and scrub jungles full of acacia and Prosopis juliflora (junglee kikar in Hindi), an invasive species planted by the British. The higher slopes harbour Shola forests interspersed with rolling grasslands.

They were also driven by another goal — to find the mysterious Hutton’s pit viper (Tropidolaemus  huttoni). The pit viper was last sighted in 1948 by an English planter and naturalist Angus Finlay Hutton in Meghamalai, and yet, no one had seen it since and few people believed in its existence. Determined to spot this rather elusive species, their journey began in Meghamalai.

For four years, Chaitanya and his team worked towards documenting the herpetofauna of this region, making at least six trips to Meghamalai every year and spending days walking through the forests, wading through streams in knee-deep water, studying crevices, recording the sheer breathtaking biodiversity they saw around them. It was painstaking work, and much of it was done after nightfall. They were wary of the forest and its inherent dangers. Two field assistants were always positioned to survey the area around them. They were particularly on the lookout for “eye-shine” or the glittering yellow eyes that indicated the presence of large mammals, especially leopards. There were many times when leopards were spotted, but this wasn’t an indication to drop everything and run. The field assistants kept an eye on them, while the team continued to work. “Leopards are too timid to worry about. I’d say gaur and elephants were the two biggest threats,” says Chaitanya. But being alert and aware of any danger is important while surveying a forest.

Meghamalai in Tamil Nadu is known for its misty, rolling hills covered with carpets of cardamom and tea plantations, but few people know that the landscape also hosts a wildlife sanctuary rich in biodiversity. Photo: AjayTvm/Shutterstock (Cover) The large scaled pit viper is a tree-dwelling, nocturnal snake endemic to the southern Western Ghats. It gets its name from the prominent, overlapping scales on its head, and in neat rows on its back. Photo: Akshay Khandekar

“It was fascinating to observe the sheer biodiversity around us,” says Dr Varad Giri, researcher and senior scientist at the Indian Herpetological Society, Pune. “Understanding each species, and studying it in its habitat is what conservation is really all about. This was our goal. To observe and to learn. And every day proved to be an adventure.”

And learn they did. It wasn’t just reptile life that they encountered here. “Meghamalai is unique in many ways. Its flora and fauna are representative of that of the entire Western Ghats,” says Dr CP Rajkumar, a medical practitioner, who also runs Vanam, a non-profit environmental organisation, based in Meghamalai. Dr Rajkumar was an integral part of the research survey. “Meghamalai is the only place where you will see the Malabar giant squirrel and the giant grizzled squirrel co-exist,” he says. “It has five species of primates — the bonnet macaque, the lion-tailed macaque (a highly endangered species of which only 4,000 exist worldwide and Meghamalai has 10 per cent of this population), the common langur, Nilgiri langur and the slender loris. It’s also the only place where you’ll see the great hornbill at such a low altitude of 300-400 m.” You can also spot the Nilgiri tahr, a mountain goat that is also the state animal of Tamil Nadu. The rare kurinji flower blossoms here once in sixty years.

More importantly, Meghamalai is home to the mighty river Vaigai, which waters several southern districts. Preserving the source and origins of the river is critical to the balance of this ecosystem, Dr Rajkumar feels. He also estimates that there are several tigers — seven (according to the last census) — in the area. Declaring the area as a tiger reserve will help, he says, in preserving its sanctity. It might attract more tigers if the land were declared a tiger reserve.

Discovered by scientists as recently as 2015, the large ghats tree frog is the biggest known tree-dwelling frog in the Western Ghats. Photo: Nilanjan Mukherjee 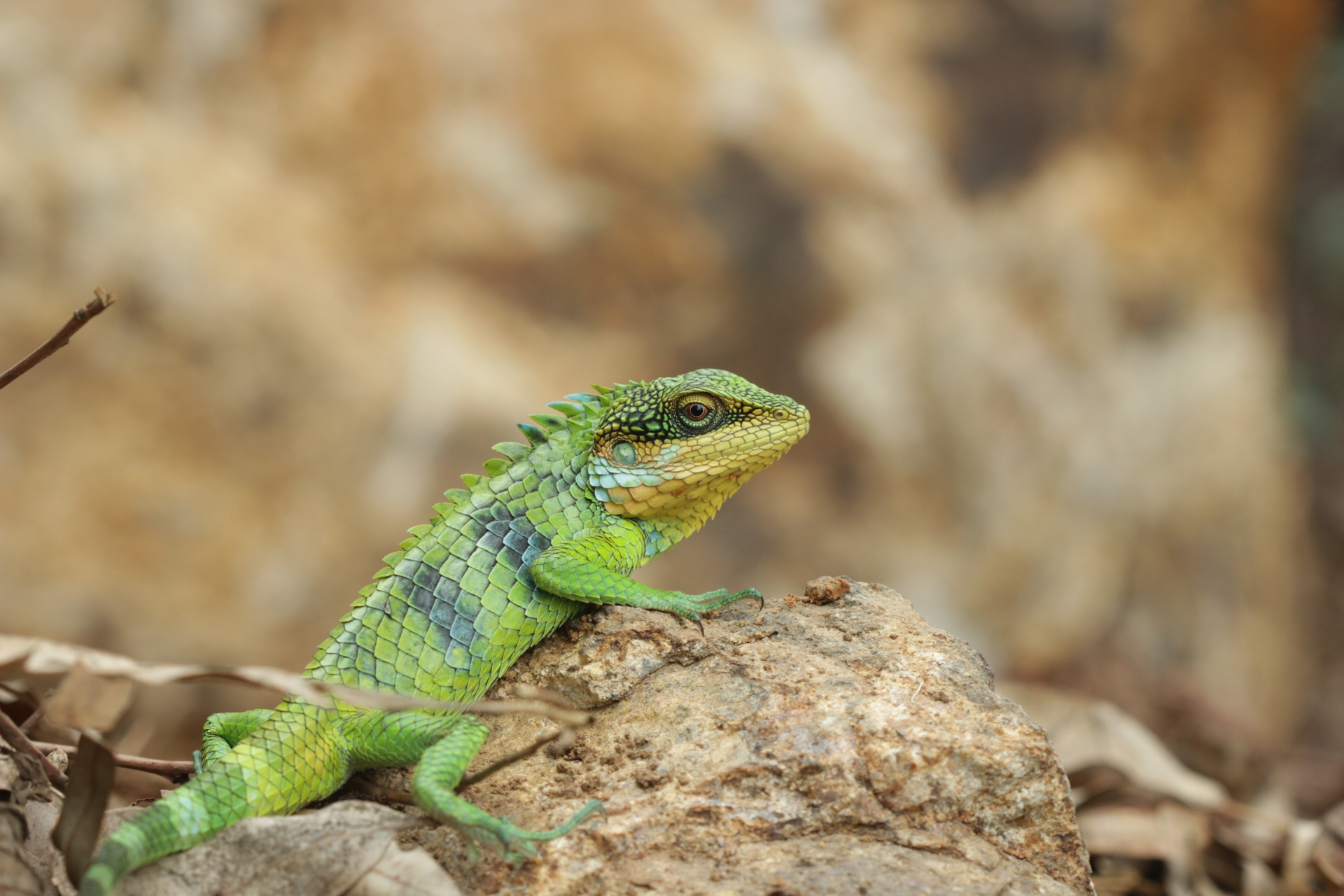 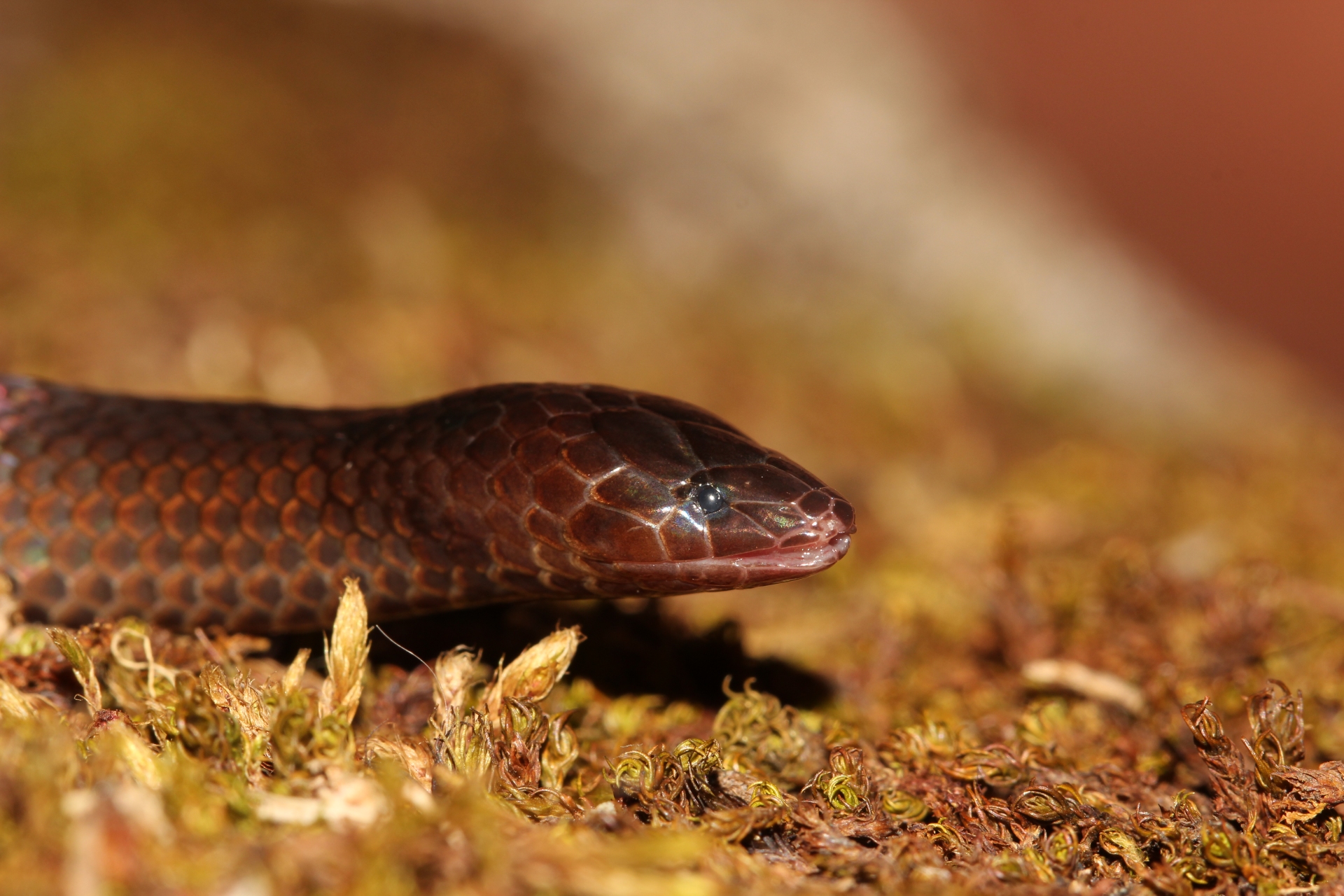 (Left) The large-scaled forest lizard is an abundantly found tree-dwelling reptile that feeds on insects. It is easily recognised by and named after the prominent, striking scales on its back. Photo: Nikhil Gaitonde (Right) Xylophis indicus is a species of wood snake seen in Meghamalai. The shy, brown snake is often hidden, and perfectly camouflaged — under logs, rocks and fallen tree foliage. Photo: Akshay Khandekar

“These hills foster so many fond and not so fond memories,” recalls Chaitanya. “I remember being chased by various mammals, including the gaur and even a few deer, running out of food, and sleeping on wet beds in slug-infested rooms.” He particularly recollects an incident where a herd of elephants  raided their forest accommodation in the Vellimalai range, broke the makeshift kitchen door, ate all the grains and flung the stove and gas cylinder many meters away. “I was told these belong to an angry herd that was chased off from nearby Sabarimala using firecrackers, in order to accommodate the pilgrims during the peak season. Such herds wander into Meghamalai and wreak havoc, decimating everything they see,” he says.

After four years, as their research ended, the team hadn’t spotted the elusive Hutton’s pit viper that they’d set out to see. Yet, their research had yielded rich results — they managed to record the presence of 100 reptiles and 40 amphibians in this terrain. Nearly a quarter of the reptiles are yet to be are yet to be identified and may potentially be a new species, says Chaitanya.

Found in the hills of the Western Ghats, mainly in dense tree cover and bushes, Beddome’s cat snake is a shy, nocturnal, tree-dwelling snake that usually rests or hides in tree holes, dense bushes, and under rocks. Photo: Avrajjal Ghosh

And they did uncover a new species of reptile unique to this terrain — the Meghamalai rock gecko lives and forages on the granite rocks that are endemic to the Western Ghats. Many of these rocks were unfortunately lost when roads were widened in 2017.

In addition to this, the researchers have spotted a potentially divergent species of wood snake (Xylophis indicus) that hadn’t been sighted in 140 years and was presumed extinct. It was last sighted by Colonel Beddome in 1878. They’ve also found a rare amphibian that looks like a snake — a Caecilian belonging to the genus Uraeotyphlus — from this landscape for the first time.

And there were other animals that had adapted remarkably to their environment too. Raorchestes flaviocularis, a tiny species of nocturnal arboreal frog (also called the yellow eyed bush frog) was found to have adapted to living in the shoots of the plentiful bamboo during breeding season.

“It proves that a forest isn’t just a patch of trees. The real soul of the forest lies in its thriving ecological systems — all the life that is around it and that depends on it,” says Chaitanya. “There are far more secrets to uncover here,” adds Dr Rajkumar. “In the years ahead, more resources should go into research. We need this landscape to be documented and preserved, to live on forever.”

The results of their survey, published recently in the peer reviewed Journal of the Bombay Natural History Society has established that the biodiversity in Meghamalai is impressive for such a small landscape. 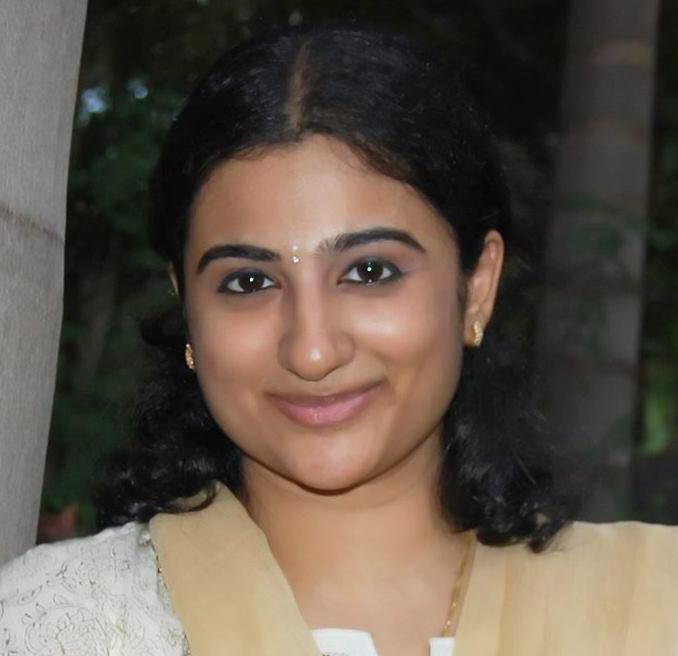 is a Madurai-based freelance journalist. She reports on the environment, health, development and gender issues, and has been published in the New York Times, BBC, The Atlantic, The Guardian, and more.